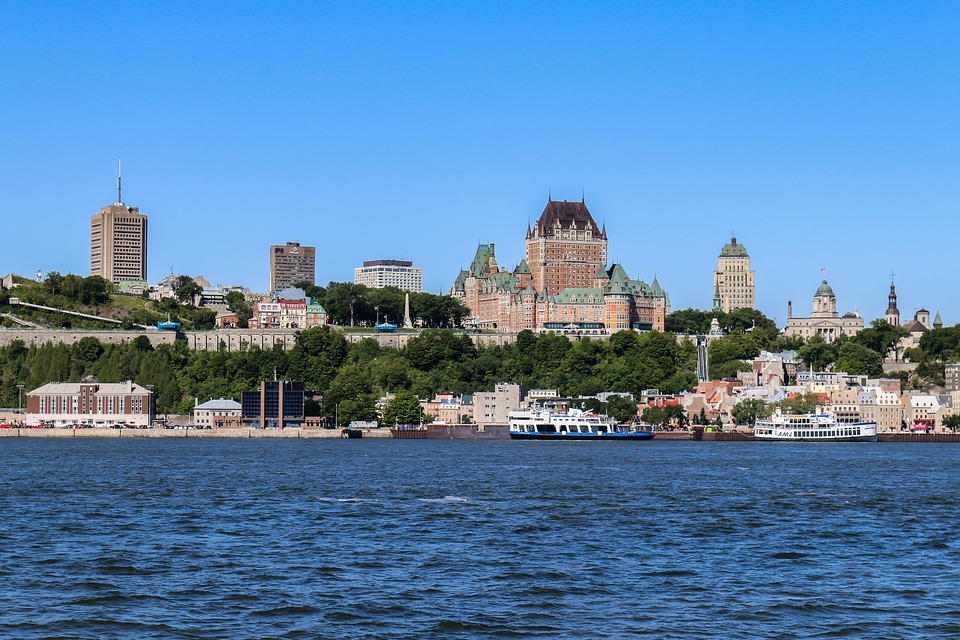 PwC recently released its latest MoneyTree report for Q2 2018, spotlighting funding trends and deal volume from Canada’s top five tech markets. For the first time since PwC has produced the Canadian report, Québec City was amongst those markets, seeing a significant jump in venture capital funding throughout the quarter.

“The province of Québec has been, over the last few years, right in the middle of some tech developments in specific sectors.”

The uptick in dollars was driven largely by Québec City-based Coveo’s $100 million funding round in April. PwC’s report also highlighted other Q2 2018 deals including La Maison Simons $27 million ($21 million USD) round and XpertSea’s $10 million ($8 million USD) Series A round to support its aquaculture solution.

According to Christine Pouliot, deals partner for PwC, the uptick in deals and dollars stems from the growth of Québec City and the province’s tech sector at large, with more entrepreneurs and investors bringing their knowledge and expertise to the region in recent years.

“The province of Québec has been, over the last few years, right in the middle of some tech developments in specific sectors,” said Pouliot. “There has been a lot of what I call second-generation or third-generation entrepreneurs. So entrepreneurs that had been very successful in the early 2000s…decided to either re-invest their money, or their money and their time, in helping and assisting startups here in Québec. They bring their net worth to work. They bring their knowledge of the space so that makes a big difference.”

Pouliot added that over the last seven to eight years, the support of these earlier entrepreneurs, as well as support from private and institutional investors, has strengthened Québec City and Montréal’s tech ecosystem, attracting capital for companies like Element AI, Hopper, and Lightspeed.

The growth of Québec City’s ecosystem is a sentiment echoed by Panache Ventures partner David Dufresne. “While Québec City’s ecosystem is small relative to the larger Canadian ecosystems, it’s too often overlooked, even by the Montréal funds,” he said. “It has been punching above its weight class recently, though, and LE CAMP and Québec International are doing a great job attracting talent and investors to the region. Large employers like Ubisoft also ensure that there’s a constant pool of qualified and educated workers in the city.”

“What we’re seeing more and more in Québec…is that more traditional companies are also transforming themselves into digital companies.”

When asked whether specific sectors in Québec City are encouraging more VC activity, Pouliot said the city and province of Québec’s commitment to artificial intelligence, and other sectors like FinTech and the Internet of Things, are playing a role. Pouliot specifically highlighted AI’s role in Québec City, again noting Coveo and its AI service that combines analytics and machine learning to deliver relevant information and recommendations across business interactions.

Pouliot also said that the Québec province is also seeing greater investment as major tech companies like Facebook, Microsoft, and Google have established AI research and development efforts in the province.

According to Pouliot, another factor that may be attracting capital in Québec City is that traditional companies like La Maison Simons, a fashion retailer that originated in Québec City, are adopting digital practices and solutions to keep up with emerging technologies.

“More traditional companies are transforming themselves into digital companies,” said Pouliot. “One of the deals that we had in Québec this quarter is Simons, a retail company originating from Québec City and now it’s across Canada. They raised a significant amount of money in Q2 of this year, mainly to modernize and improve their distribution centre, making it more digital and more tech oriented. So that’s definitely another trend that we’re seeing happening here.”

When asked why Québec City hasn’t made the top five markets in previous quarters, Pouliot said it is largely because the city’s tech ecosystem is still young and developing, while other cities like Montréal and Toronto lead deal activity because they have established their tech hubs nationally and globally.

“It is a smaller market in terms of population, so there might be a little bit less in terms of volume or number of tech companies there, but it’s still a very active market,” she said.

While Québec City may have a smaller market, Pouliot said she is optimistic about the future of its tech ecosystem, especially as more businesses, entrepreneurs, and investors bring their knowledge, ideas, and expertise to the city.

“We definitely feel that the Québec City market and the province of Québec is in good health,” said Pouliot. “The ecosystem is creating a lot of investment opportunities and there’s a lot of international players looking at this market as well. I think it’s just going to keep on growing. You have those traditional companies that are looking to transform themselves and become digital, so they get involved with the smaller tech community, they do partnerships, some of them might even invest, and become corporate investors in tech companies. All of that creates an ecosystem that is very positive and for which the future is bright.”