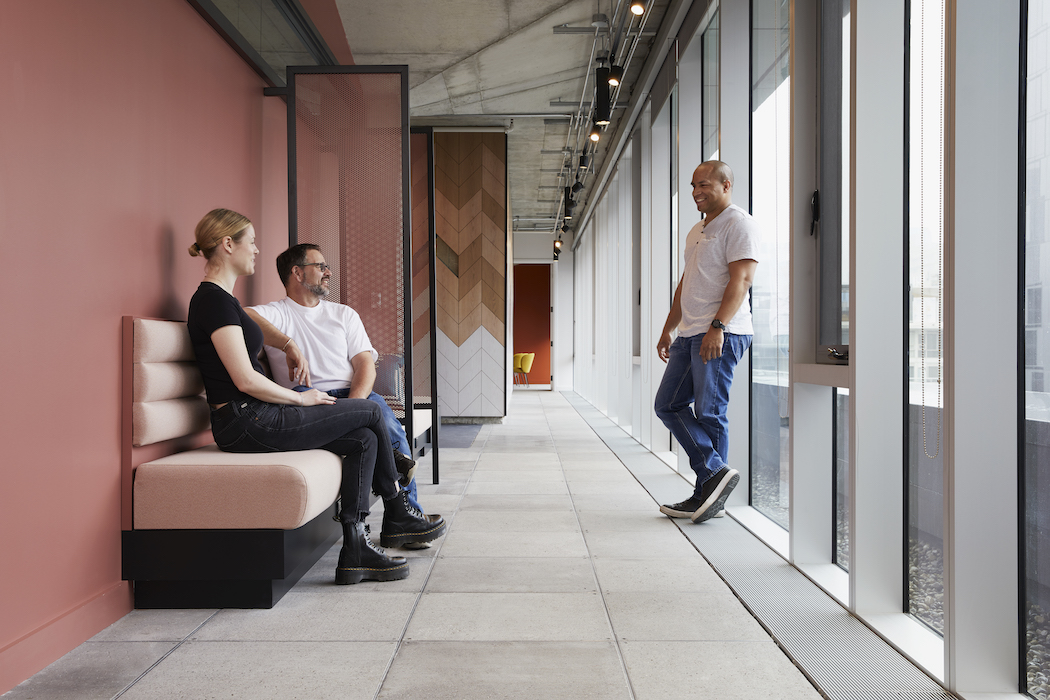 Shopify recently officially opened its newly renovated Toronto office space located at the King Portland Centre. Currently home to 450 employees spanning a variety of departments Shopify is looking to expand to 1,200 employees in Toronto by 2022.

When the office officially opened in May Shopify took BetaKit on a tour to see what the tech darling’s newest location is all about. Amy Thibodeau, director of UX at Shopify told BetaKit that the space houses teams helping Shopify build on and expand its product offering as it grows into new markets.

“Unlike some other companies that are setting up in Toronto we are not a satellite office,” said Thibodeau. “We are not an office that just does a little piece like marketing or operations, we are an office where we’re really building cross-functional teams that can take an idea to designing it, researching it, launching it, and continuing to iterate on it. That investment in building fully scaled product teams here is a really big focus for us.”

Located near King St. West and Portland, in downtown Toronto, the Shopify office currently occupies four floors with plans to expand to nine. Each floor has a different theme and was designed in collaboration with Shopify employees.

The office offers an open and airy space with numerous meeting areas and conference rooms. The desk workstations themselves are located around the outer part of the space in order to ensure that every employee has access to windows and “good views” Thibodeau told BetaKit. Along with typical desk options, the space also comes with plenty of alternative workspaces with couches, nooks, and casual seating.

Join the debate – Shopify employees are debating whether this room is red or orange, thoughts? Courtesy: Shopify

The office is home to a variety of Shopify teams including Thibodeau’s UX team. Thibodeau said Shopify tends to house teams together by the projects they are working on, rather than department. She noted that people’s seating arrangement depends on who they are working with at the time and what stage their project is in, for example, product teams seated with marketing teams.

The office showcases a number of ‘Instagram-able’ areas, including this Llama wall. Source: Meagan Simpson

Shopify also noted to BetaKit that each of its offices in various cities are unique. As this Toronto location is focused a lot on product the company wanted to have a representation of its merchant in the space.

This includes a “merchant wall” lined with photos of independent business owners that use Shopify products. Thibodeau called it a way to remind Shopify employees who and what they are building products for.

A number of Shopify’s meeting spaces are furnished by its merchants. Source: Meagan Simpson

To add a Toronto-specific flair as well, the office space has a couple murals adorning the walls that were done by local artists. On the sixth floor is a brightly coloured, graffittie-style mural by Diana VanderMeulen and the eight floor (below), with views of the CN Tower is done by Meaghan Way.

This office marks Shopify’s third location in Toronto since it moved there in 2012. Last year it announced plans to expand its Toronto presence committing $500 million to the project. Another Toronto location, The Well, is currently under construction and set to help expand Shopify’s local presence when it opens in 2022.

Later today, the ecommerce giant will be hosting its annual conference, Unite, where it is expected to make announcements around its growing physical retail presence.

Innovation companies are making a stronger presence on the public markets in Canada. According to a new release from the TMX Group, of which…