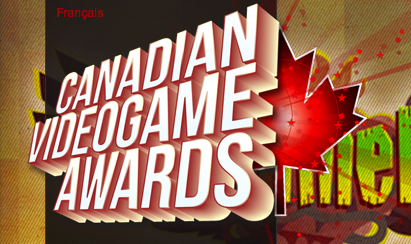 Nominations opened today for games developed in 2014 for the 5th Annual Canadian Videogame Awards (CVAs), taking place November 21st at The Carlu in downtown Toronto. With the move to an autumn format, this year’s show will present awards from 2013 and a portion of 2014.

As one of the largest producers of videogames in the world, the show will celebrate Canada’s spot on the world stage as a leader in interactive entertainment. This industry contributes $2.3 billion to Canada’s GDP and employs over 16,500 men and women in studios right across Canada.

Nominations will be accepted for work developed in Canada and released in 2014 on or before July 31st and are welcome from all parts of Canada’s diverse videogame industry. The Call for Nominations will close on August 31, 2014.

As the third largest developer of video games in the world, the show “celebrates Canada’s spot on the world stage as a leader in interactive entertainment. The CVAs have always been designed to be “by the industry and for the industry” with an interest in engaging public and fan participation.

The 2014 show will include games developed in Canada and released in 2013 and 2014. The awards will be awarded separately, based on nomination year, in one ceremony. Award nominations for 2013 have already closed and the adjudication process will continue as planned. Nomination details for 2014 will be announced in June.

The Canadian Videogame Awards are produced by Reboot Communications and Greedy Productions, and are officially endorsed by DigiBC, Interactive Ontario and the Entertainment Software Association of Canada. The producers are joined by a national industry committee of developers and leaders of the Canadian digital entertainment industry.

When last we checked in with Koho, the Vancouver-based FinTech company was fresh off a new round of funding from Power Financial and a…