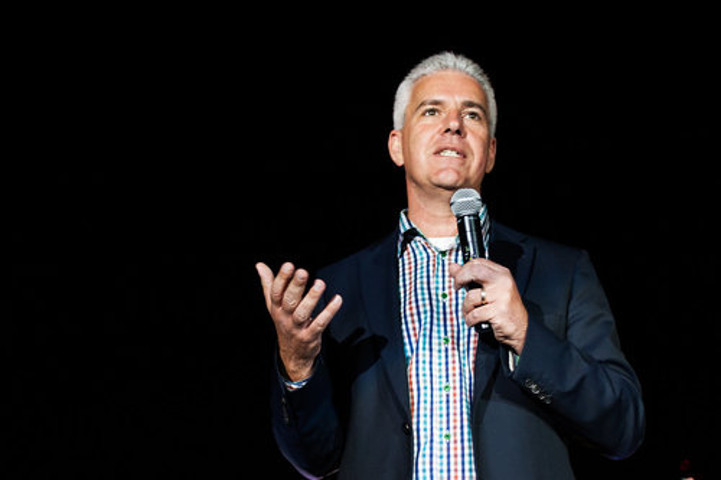 Peter Carrescia has departed NEXT Canada to join Wave as its senior vice president of strategy and corporate development, BetaKit has learned.

Carrescia wrote the first institutional cheque to Wave in late 2010 while he was a managing director at OMERS Ventures, and sat on the company’s board until 2012. Since then, Wave CEO Kirk Simpson told BetaKit that he’s trusted Carrescia as an informal advisor to the company because, according to Simpson, Carrescia has understood Wave’s mission from day one.

“He’s incredibly knowledgeable about the tech space, and just an overall great guy. We’ve really found the growth curve at Wave, and the opportunities in front of us in terms of partnerships are now really significant. I went to him and asked him to join, and thankfully over the last little while we’ve been able to work it out,” Simpson said.

“I’ve got someone in the company that I can talk to who has seen hundreds of examples of different tech companies, and the positive and negative decisions they’ve made.”

While Simpson wouldn’t say how long ago he asked Carrescia to join, he indicated the process moved fairly quickly over the last few months. Carrescia initially joined NEXT Canada as its managing director in 2014, before moving on to become president in September, along with the appointment of Razor Suleman as CEO. Just a month later, however, Suleman resigned following criticism about the organization of the Spotlight Awards, and a lack of diversity on NEXT Canada’s board. Andrea Matheson, CEO of Sapphire Health Solutions and a NEXT mentor, was named co-president along with Carrescia.

When asked by BetaKit whether the non-profit’s recent troubles influenced his decision to leave, Carrescia was brief, simply stating “not at all.”

“I have really mixed feelings about leaving because I love [NEXT] and what we do, and I love how we impacted young entrepreneurs,” said Carrescia. “It’s a kind of a bittersweet day today, and this is not something I was looking to do, but Kirk and Wave also have a special place in my heart.”

As for why he left the organization so soon after taking a position as president, Carrescia was equally as blunt, calling the move from managing director to president “simply a title change.”

“It’s not like it was a new role,” Carrescia said. “It’s the same role I was doing before.”

Carrescia will remain involved with NEXT as he continues to lead the investment committee for the organization and its AI program. He will also continue to act as a mentor for NEXT. Matheson will take over as interim president.

Both Simpson and Carrescia indicated that Carrescia’s skillset would particularly help Wave during a period of aggressive growth, coming off the heels of a fresh $14.6 million round to grow its team to 150 employees, and a confirmation that it’s on track to reach $20 million ARR by the end of 2016.

“My background around strategy and working in corporate development and partnerships is something that I can help the company with. That is the next step the company needs to take,” Carrescia said. “I’ll be working on the strategy around what are the next steps for the company, around international growth, and how we can leverage the ecosystem and other partners to provide great offerings for small business. From a revenue perspective, Wave is vastly growing, and it’s in a hot part of the market in financial technology.”

In the past, Carrescia has acted as a senior product evangelist at Microsoft, and has sat on the board of directors for organizations like the Canadian Venture Capital Association, Opalis Software (acquired by Microsoft in 2009), and Extreme Startups.

“I’ve got someone in the company that I can talk to who has seen hundreds of examples of different tech companies, and the positive and negative decisions they’ve made,” Simpson said. “Having that level of experience and expertise and someone to call on that conversation internally is valuable.”

Toronto-based Validere, an oil and gas IoT and artificial intelligence platform, has raised $7 million in seed funding. The round included lead investor Sallyport…