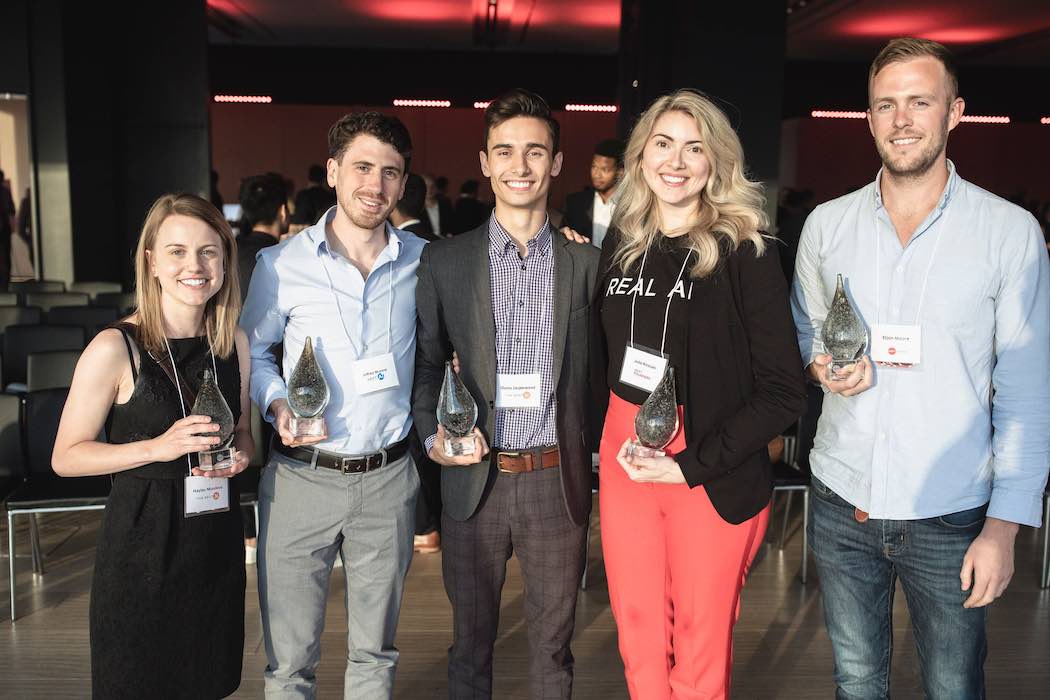 On Wednesday, more than 10 NEXT Canada ventures pitched their startup at NEXT Venture Day, to an audience of business leaders, partners, alum, and investors.

Venture Day celebrated the end of three NEXT Canada programs, Next 36, which supports young founders of early-stage businesses; Founders, which focuses on founder development for existing startups with significant traction; and AI, which works with early or idea stage AI-enabled startups.

Attendees were given the opportunity to hear the pitches and then vote on their favourites. Village Technologies, an AI startup looking to help parents get insights on their child’s cognitive development, was chosen by the audience as the People’s Choice Award. The startup, led by CEO and founder Maryam Nabavi, offers an app, Babbly, that helps parents track their child’s development through things like speech and language tracking. The app uses AI to measure the speech data, analyzing the child’s language and social skills. It then provides parents with curated activities that they can do at home to help nourish their child’s development.

Correly, a customer interaction measurement platform, as well as CryptoNumereics, which focuses on AI-powered data privacy analytics, and earlier this year raised a $3.3 million CAD seed round, were named the runners up in the People’s Choice Award.

The people have spoken! The winner of the @RBC People’s Choice Award, with a "mock" investment of $3.2M is… @Village__Tech! Honourable mention to runners up @CryptoNumerics (2.6M) + @GetCorrely ($1.5M) ? #NCVentureDay pic.twitter.com/IUWXtEpP6K

Through its programs, NEXT Canada provides entrepreneurs with access to capital, education, mentorship, and networking in order to build and scale a company. Ventures are also eligible to receive up to $80,000 in seed capital. In October 2016, NEXT Canada launched NextAI to support commercially viable AI ventures. In July 2018, the organization announced the first cohort of its NextAI program in Montreal. Venture Day 2019, marked the first time that the NextAI cohort participated in the demo and pitch event.

At Venture Day, NEXT Canada also recognized the top companies and entrepreneurs for their progress and achievements during the programs. The award recipients include:

“Julia represents the very spirit of what we’re accomplishing at NEXT,” said Joe Canavan, NEXT Canada CEO. “She’s identified a clear need, and developed a creative approach to not just filling that need, but changing the very way a given industry operates in the process.”

Along with the award, it was also announced that The W. Garfield Weston Foundation is set to make a $1 million investment in NEXT Canada.

“By bringing together tremendous support from groups like The W. Garfield Weston Foundation, and pairing those contributions with resources to support game-changing entrepreneurs like Julia, we can chart the course to a more prosperous Canada. That’s what NEXT is all about,” added Canavan.

HeadCheck Health, Navigate Surgical Technologies (NST), and ViewsIQ have been selected by Genome British Columbia and the BC Tech Association to take part in…