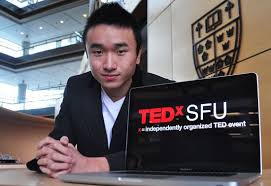 Michael Cheng couldn’t sit still for long after graduating Toronto’s The Next 36 program and launching a startup called NeedleHR. He’s already launched around a dozen different companies in his 24 years, and this week he added another.

Cheng put it bluntly to us: “I’ve always enjoyed listening to music throughout the day. I love cover music but I hate Youtube. So I ended up building a music player specifically for cover music,” he said. “I showed it to a few friends last Wednesday and within the past few days we got over 1000 users spending over 30 minutes on our site.”

It took him and Chris Bowal two weeks to build the site, or about 300 entrepreneur working hours. That’s pretty impressive given how nice the site works. It’s a passive listening experience, much like Montreal’s 5by, which curates youtube videos based on user preferences. 5by was recently acquired by San Francisco-based StumbleUpon for an undisclosed sum.

Cheng’s Covr is restricted to videos of cover artists, with several different categories for genres, instruments, hit song covers, game covers, movie covers, and even top coverists. He said he’s gets distracted throughout the day searching for cover music on Youtube. Personally, I’m not much of a cover music guy, but I can imagine there’s many people who love these songs, just like Cheng. He said it’s already made his own life a little easier.

But following the Next 36 program, which selects 36 of the brightest, most high-potential students and cultivates their business ideas, isn’t Cheng thinking about slowing down? After all, the startup he created with two cofounders at the program, NeedleHR, is a fully functional and beautiful web platform that matches a community of designers with whatever users want done.

“I believe as entrepreneurs, it’s our job to solve problems,” Cheng told BetaKit. “It’s also important to be open minded and constantly explore new opportunities. You never know what you find if you stay vigilant. For some reason, it never feels like I’m getting tied down, it’s always a lot of fun.”

Over 1,000 users from 44 countries are using the site for significant amounts of time. It was originally a simple love project for Cheng, but perhaps it will grow into something bigger. “A love-project stops being just a love-project when everyone else loves it too,” he said. “There is something magical about Covr. I call it the platform for discovering the greatest musicians you’ve never heard of.”

For now, Cheng said NeedleHR is going fine, while he’s exploring a variety of ideas “in an ambitious attempt to hit the next big thing.” He said he’s looking for the steep growth curve, something with massive virality.

“I’ve always been a believer of go big or go home.”

Kardium, a British Columbia-based medical device company, has secured $115 million USD from Fidelity Management and T. Rowe Price Associates. The round was led…