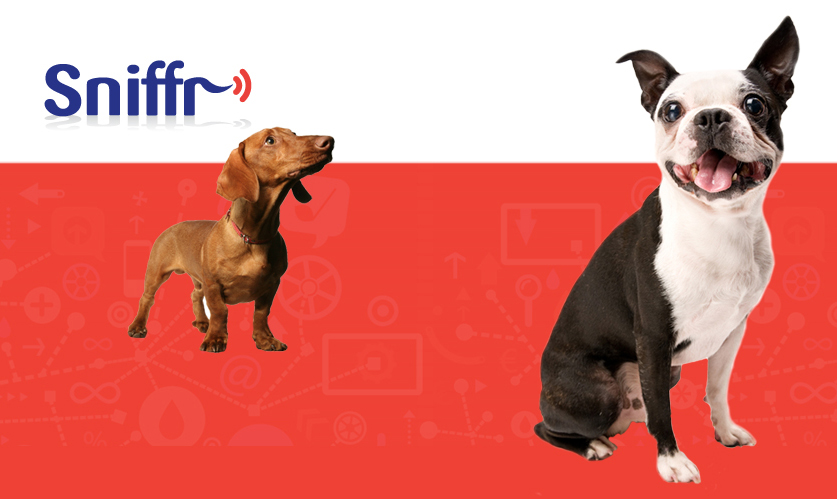 Profis Communications founder Justin Young tells us that “it’s a dog-meet-dog world,” ahead of a planned full-launch this summer for his new Sniffr app.

It’s a “Tinder for dogs” app for canine lovers everywhere, facilitating actual meet ups that could potentially lead to relationships. But it blurs the line between a dating app for dog lovers and an app that dog-lovers can use to simply coordinate doggy play-dates with other dog-owners.

“The idea was that you can find people in your local community and make a date to have a walk in the park: it’s a nice, non-threatening way to meet people,” Young told BetaKit. “Other people will simply want to meet dogs, like me. I’m married and I have no reason to ‘meet’ someone, but I spend a lot of time looking at various breeds of dogs online.”

Like any app, this one could hit it big: after all, there are currently about 5.9 million dogs in Canada, while 35 percent of Canadian households have a dog.

Young has ran a branding agency for the past 20 years, Profis Commuications, and thought of the idea for Sniffr much like other digital products: over a drink with a peer. A friend was having a hard time meeting a new partner, and commented “I’ve got a new dog and maybe that will bring me some luck.” “A tried and true way of meeting people is through your dog, so I thought, ‘why don’t we have an app that does that?’ A social media community for dogs, but also for people,” said Young.

Young’s agency developed most of the high-level design, user interface and functionality of the app (he said “being my own client has been a lot of fun”).

While it started out as a hobby project, it’s looking like it might turn into a full-time business for the guys behind Sniffr. It’s been completely self-financed thus far, but Young said now they’re actually formulating a monetization plan based on the app’s market potential.

As for the part about facilitating actual dates, Young didn’t mince any words. “That is what we think is the fun part of it, because obviously these two people will have a common interest which is kind of a nice thing that can start a relationship. If it’s the dog thing, it’s also kind of a non-threatening way to meet up,” he said.

As for a full-launch, it’s coming sometime in the summer, maybe at WoofStock. (I know, I know, hilarious isn’t it…well, actually for dog-lovers it’s quite the big spectacle).

We have seen a similar app in what can only be labelled a “crowded” app space for dog-lovers. We covered Guelph’s Woof App in late December, which is more of a photo and video-sharing app, which also facilitates dog playdates.

Young said none of the competing apps have a chat function like Sniffr does, or is actively trying to facilitate dating between dog-lovers. He’s pretty confident that the app will strike a chord with people.

“The feedback has been amazing. Dog owners are crazy for their dogs, so it’s a really committed audience.”

Dresst, a digital e-commerce company specializing in monthly high-end fashion rentals, has raised a $525,000 seed round, and is reporting a current valuation of…