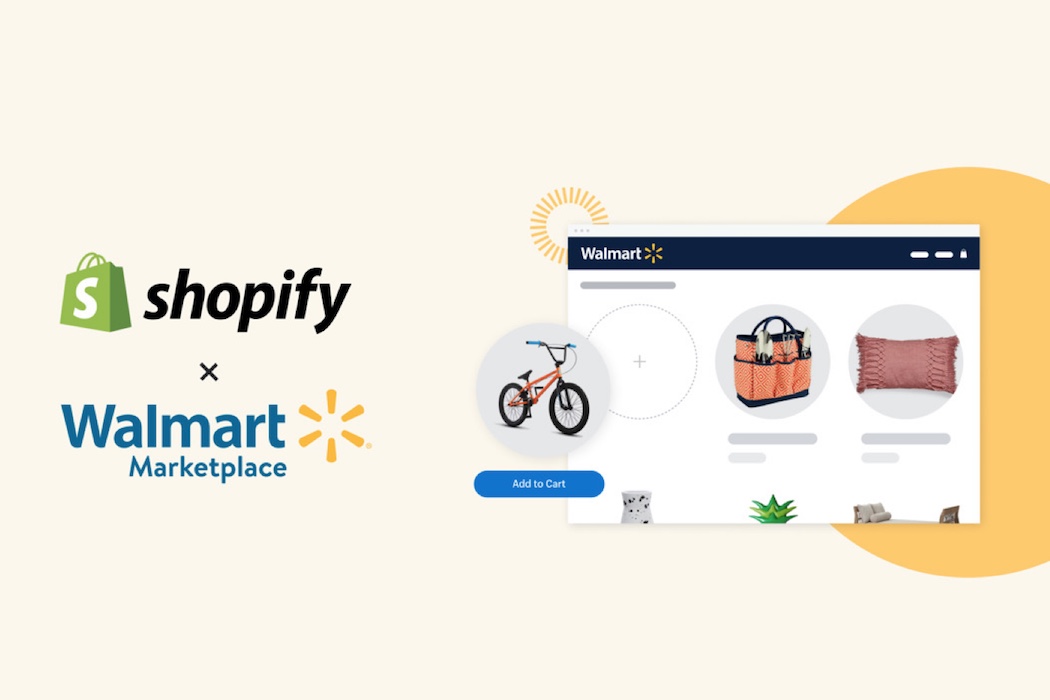 Shopify has partnered with retail giant Walmart, allowing Shopify’s merchants in the United States to sell their products on Walmart’s website.

The partnership with Walmart comes a few weeks after Shopify launched a free tool with social media giant Facebook.

The partnership is aimed to put Shopify merchants in front of the 120 million Americans who visit Walmart.com each month. By the end of this year, 1,200 Shopify merchants are expected to be able to sell in Walmart’s marketplace. Shopify claimed this is the first time Walmart has partnered with a commerce platform to allow small to medium-sized businesses to sell through its website.

Through this new partnership, Shopify will automatically keep merchants’ products synced with Walmart.com, so they can track products, orders, inventory, and fulfillment from within Shopify. Merchants will also be able to manage product information in bulk from one place. Notably, Walmart sellers don’t pay any fees to list their products with Walmart, but they will pay referral fees when they make sales.

Shopify did not indicate when or if the Walmart partnership would be available to merchants outside of the US.

Last month, Shopify also announced several new updates and features that would be coming to the platform, including that it is now actively accepting merchant applications for its fulfillment network, first revealed in 2019. Shopify also expanded its financial services offering with the launch of a banking product for small businesses called Shopify Balance.

Kitchener-based Miovision has raised $15 million in a round led by MacKinnon, Bennett & Co. (MKB) and McRock Capital, with participation from new investors…