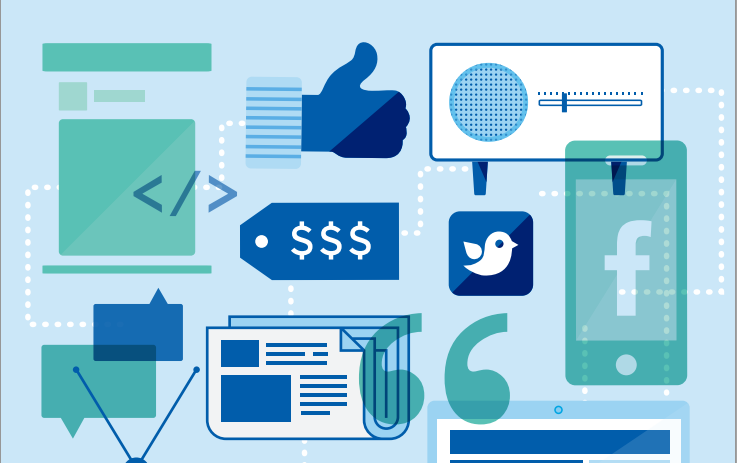 The second part of a new report on the state of Canadian media, tabled by MaRS Market Insights, warns that perhaps Canadian media startups should look elsewhere for bigger opportunities.

The report offers some interesting points on the industry’s digital transition. Particularly, authors Claudio Munoz, Joe Lee and Lucas Armstrong advised that “perhaps it is time for Canadian media to explore new markets outside of Canada,” as several Canadian startups said local organizations were “too slow and lacked the proper resources for experimentation” in new directions.

A media company is not just a business that produces news on the Internet, in print or radio. Rather, the Canadian media industry includes several types of small startups that in some way help others get their content out to larger audiences.

In Digital Transition: Canadian Media Experiments in 2014 / Part 2, the authors pointed out that the successful production, distribution and promotion strategies of the pre-web/mobile era are now “unfit to compete in a landscape of constant change,” and media companies must innovate. 100 Companies were asked to share their views on the future of media and the future of their companies. The first part of the series discussed different experiments media organizations are conducting in Canada to adapt to the ever-evolving digital world

Media is certainly changing from the days of the passive content viewer, and the report pointed this out. Done are the days when an editor would tell a journalist what story to write, they’d file it, people would read it and advertising dollars would follow. “In the new digital scenario, audiences need to be captivated and captured.” And while there’s still hope for traditional media organizations, most notably after the Washington Post sale to Jeff Bezos, funding, it seems, is now rewarding companies that push user-generated content instead of paying a full-time staff of editors and journalists.

The report interviewed several Canadian entrepreneurs exploring different solutions and new ideas in the media and content-related industry, from analytics to new plat-forms of content distribution, saying that “there are plenty of opportunities for in-novation in the media
sector, especially in Ontario.”

It also revealed some interesting insights about the startup companies, which echoed the current zeitgeist-like startup rationale when it comes to running a business and making money. The startups interviewed considered themselves “complementary to media organizations and believe that they are capable of solving some of the Canadian media’s challenges.” They possess ambitious goals, trying to grow their user bases first instead of generating revenue. Revenue, as explained by the entrepreneurs, will come later.

Some solutions aren’t geared towards traditional media, but rather to bypass them altogether, while others help big corporations get their message to clients in novel ways. “Wattpad, for example, is helping film studios to promote their movies by allowing people to write parallel stories or spinoffs and share them on the platform. This is a new form of native advertising. Similarly, sourced.fm creates a community of musicians’ supporters that helps new artists record their music and tour while providing a crowdfunding platform. These types of customer acquisitions and innovations are interesting propositions, as media organizations are trying to improve revenue generation, engagement and fidelity.”

When asked about the Canadian media sector, several entrepreneurs said “local organizations were too slow and lacked the proper resources for experimentation,” and that opinion was mirrored by “experts” interviewed. If Canada isn’t moving fast enough for them, these startups won’t wait around to look for better opportunities.

Led by conglomerates liek Rogers and Bell, the Canadian media sector “seems to far behind” when compared to Disney, which is running an accelerator program, or UbiSoft, the Montreal-headquartered gaming studio that is opeining a film studio in the U.S. The report argues that more intiatives to spur media innovation should be implemented, like the Canadian Film Centre’s (CFC) ideaBOOST accelerator, devoted to wearable tech and media.

“Perhaps it is time for Canadian media to explore new markets outside of Canada,” urged the authors. “The next Flappy Bird could be a Canadian startup.”

Now in its second year, Elevate has returned to Toronto, promising to connect the Canadian startup ecosystem and deliver talks from tech leaders like…