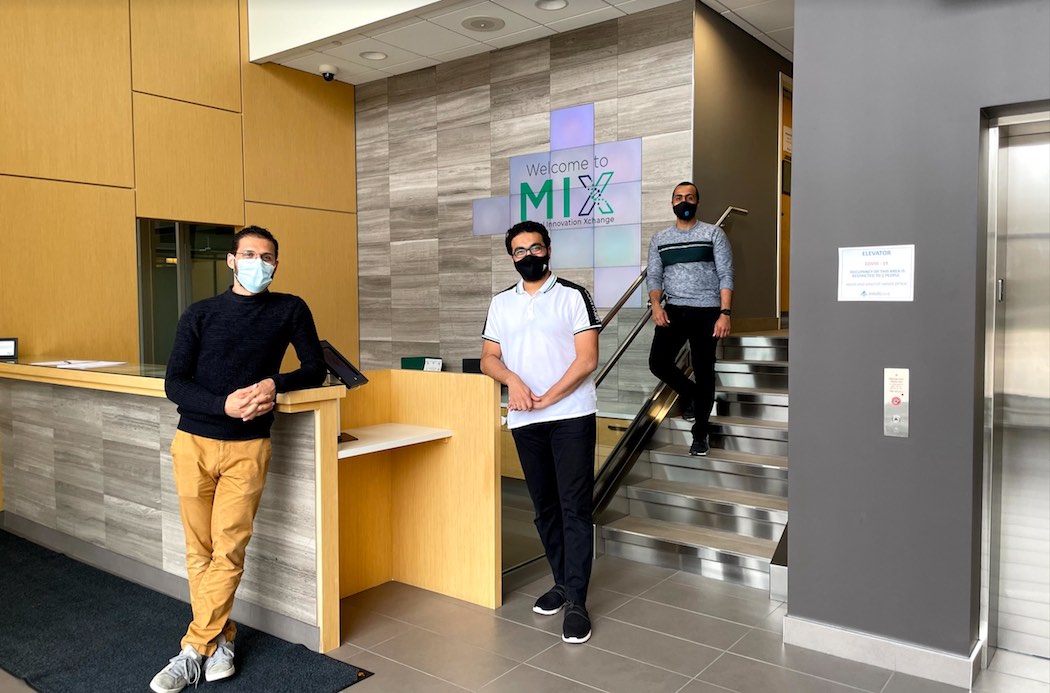 NERv Technology, a Kitchener-Waterloo-based startup offering a sensory platform designed for the healthtech sector, has closed a $3.32 million CAD ($2.65 million USD) seed round of funding.

NERv has been able to grow its team from 16 at the start of the pandemic to 24.

The seed round was led by returning investor SOSV, with participation from Graphene Ventures, OneValley, Northspring Capital Partners, Boutique Venture Partners, and Threshold Impact. A number of additional undisclosed strategic investors, angels, and physicians also invested in the round.

NERv has developed a sensory device that is aimed to help doctors monitor postoperative patients remotely, by detecting potential complications. The startup’s device can attach to catheters and wound drains, and detects leakages that can lead to critical, sometimes fatal, complications.

In an interview, Helwa told BetaKit the startup has been busy since raising its pre-seed funding. In 2019, NERv was working on a sensory platform, but since then has developed an all-in-one platform, consisting of both software and hardware, that can monitor patients remotely.

NERv commenced its first round of clinical studies early last year. In the fourth quarter of 2020, the startup started its multi-site feasibility study led by researchers from St. Michael’s Hospital and Hamilton Health Sciences.

In the last year or so, NERv has moved from the prototype phase to what Helwa called a “product launch phase.”

The device still needs approval from health regulators in order to be sold to hospitals and physicians. Part of the new funding will help NERv to secure regulatory approval for its technology.

Helwa expects to receive the first approval from Health Canada at the end of this year, or the beginning of next year. After that, NERv will begin selling its product and will later pursue regulatory approval in the United States as well as markets in the Middle East.

Helwa said although hospitals cannot commit to purchasing a medical product before it receives regulatory approval, the engagement from hospitals NERv is working with has been “very positive” thus far. The remainder of the funding will go towards completing clinical studies and manufacturing more of the devices.

“NERv manufactures its own devices locally within the ecosystem, so we don’t outsource to international locations, whether that’s the States or China,” Helwa said. “It’s all done within Waterloo. So [the funding will] help build out our assembly and manufacturing line here.”

This month, NERv also relocated operations to the Medical Innovation Xchange (MIX) in Kitchener-Waterloo. That hub was launched in 2019 by local tech startup Intellijoint Surgical. NERv was originally based at the University of Waterloo and the Velocity Garage.

Helwa said beyond providing NERv with a brand new office and lab space, MIX will also provide the startup with the expertise it needs to go to market. He told BetaKit the collaborative environment of MIX, as well as its focus on Canada’s medtech ecosystem, was the major driver of the team’s decision to move there.

“For people who are thinking about joining such an ecosystem, it’s a no-brainer,” Helwa said. “The fact that we have something like this in KW is amazing.”

Most of NERv’s team is still working from home due to lockdown restrictions, however, some employees are permitted to work in MIX’s lab, as NERv is designated as an essential service.

Helwa said though the COVID-19 impact initially shut down NERv’s studies last year, the startup was among the first few permitted to resume trials once restrictions eased. NERv has been able to grow its team from approximately 16 at the beginning of the pandemic to 24.

Helwa noted the pandemic had a severe impact on surgeries in Canada. When speaking to doctors and surgeons, the NERv team learned of a major backlog in surgeries that was created by the pandemic. He said when surgeries restarted, patients were even sicker than before, and complications increased as a result.

“There has been a big impact on patients and doctors – stress levels are through the roof, they’re dealing in situations that are harsh,” Helwa said. “It’s been very, very hard to witness … [and] helped highlight how fragile the system could be.”

In addition to receiving regulatory approval, Helwa expects NERv to raise an additional round of financing next year to assist with the commercialization of its technology.