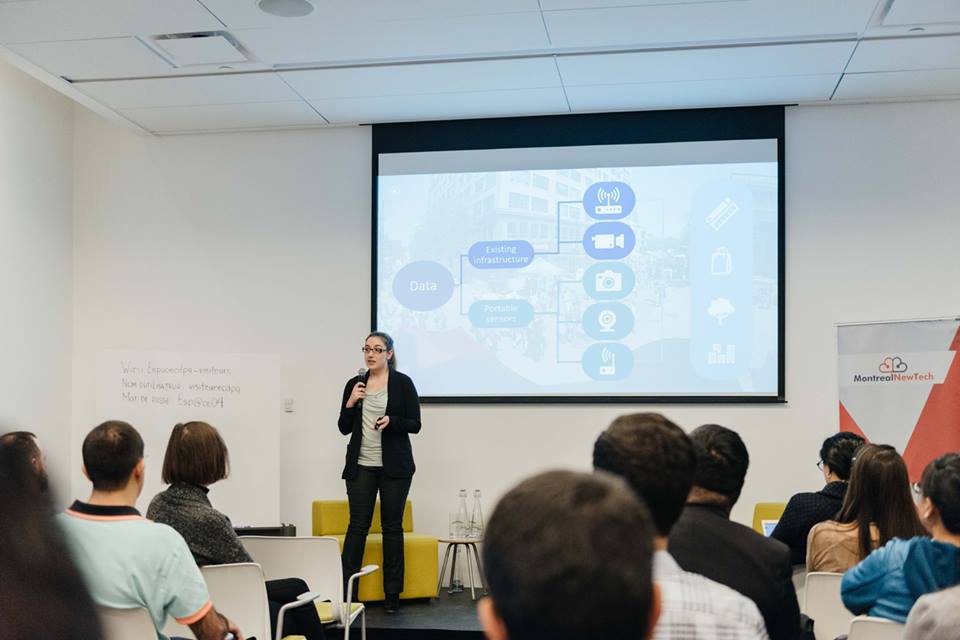 Named the world’s top intelligent community by the Intelligent Community Forum (ICF) in 2016, it’s clear that Montreal is a metropolis that’s looking toward a future where technology will be used to facilitate all aspects of city life. Last Tuesday evening, MTL NewTech brought together a panel of Quebec’s real estate and technological leaders to discuss their vision for the future.

“I think in Montreal, we’re in a really great position, where there are a lot of different actors at the table who want to talk about their ideas for what a smart city is, and why it’s important,” said Vincent Charles Hodders, CEO of Local Logic. “The reality of a city is that it involves a whole lot of different types of people, so in order to have a productive conversation, we need to be including organizations, private businesses, [and] the City of Montreal. We’re also looking at startups and what new tech can do in order to solve real problems.”

They discussed issues like accessibility, transportation, parking, and how the use of open data can enable major technological advances in all areas of city life.

“We were all aligned on the idea that open data is really important, and it is tricky in the sense that we have to figure out the right way to make that data available and to develop those new solutions that respond to actual problems,” Hodder told BetaKit after the panel. “It’s going to take a lot more of these conversations, getting all of the stakeholders in the same room to really figure out what we can do and what potential there is.”

Charbonneau was also pleased to see the city engaging in conversations with the businesses working to drive change. “I was very happy to hear the transparency that the City of Montreal wants to provide in terms of data,” he said.

The panel discussion was followed by presentations from Andrée De Serres, professor in the School of Science and Management at UQAM, and Ivanhoe Cambridge Chair in Real Estate, who spoke about the impact that technology has on the real estate ecosystem. Finally, five Montreal startups — UrbanFlux, PlaceOnAir, Bonaprt, Ubios, and Lexop presented their technologies, which ranged from UrbanFlux’s use of sensors and data science to analyze people’s movement and activities for smarter cities and infrastructures, to Lexop’s disruption of the current content transfer methods, with their certified electronic document transfer system.

Montreal-based startup Silofit announced a $3.5 million seed extension Monday, adding to the $1 million it raised in 2019 through its initial funding round….