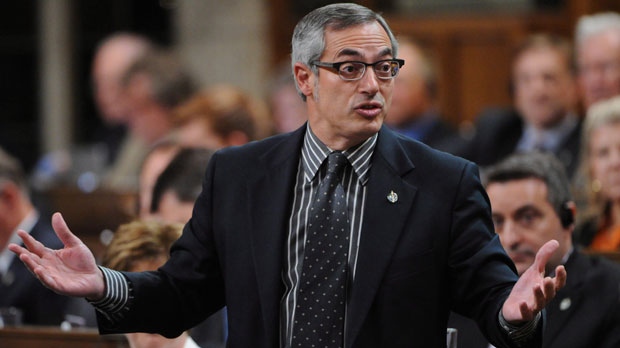 Conservative MP Tony Clement shed light on the startup visa program, maintaining a bright future for the initiative that likely still hasn’t funded a single startup six months after being introduced. He was on hand at the Accelerate TO event Thursday in downtown Toronto.

“There’s no reason why it should take as long as it does, so we’re in a continuous improvement mode right now,” said the former Ontario cabinet minister. But he added that “I think I can say with a high degree of optimism that things will keep getting better.”

The startup visa was launched in March of this year to a warm reception from Canadian venture capitalists and entrepreneurs alike. Calling itself the “first of its kind in the world,” the program fast tracks foreign entrepreneurs’ citizenship status.

2,750 visas per year have been allocated for the program, significantly more than the 700 visas it issued in 2011 under the old program (and along with the visa, the entrepreneurs get government health insurance as well).

But nearly six months after the program launched, not much has been accomplished in terms of actually bringing entrepreneurs to Canada. The CBC’s Ian Hanomansing filed a detailed report with The National in late August, finding that no visas had actually been issued at the time. One month later that number might have changed, but probably not by a large margin.

Clement noted that over the last few years the federal government has been overhauling its visa process both for immigrants in general and for foreign entrepreneurs. While recognizing that the startup visa process has gotten off to a slow start, he said IT processes still need upgrading, at which point he feels confident the intended process will speed up.

“We do feel that we are starting to be nimble, which was not the adjective that one would use in the past when you had 10 year wait lists,” Clement told Betakit. “So we’re very aware of that and we’re making the changes that I think will make it world class.”

There is no doubt that Canada is blazing a trail with the startup visa, making the country appear ahead of the game in comparison with the US, which still hasn’t implemented such a visa. Nevertheless, the statistics after August weren’t exactly enlightening, and Clement didn’t deny it.

As Minister of Industry in 2008, Clement was influential in the federal government’s initiatives to grant wireless spectrum to smaller players like Wind Mobile and Mobilicity. He’s long been an advocate for more choice and lower prices for consumers for wireless services.