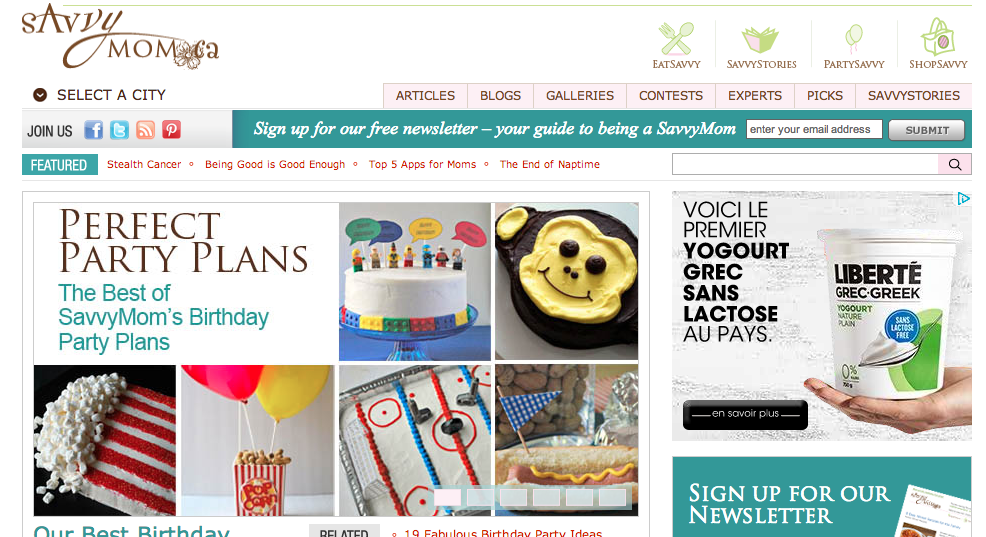 There’s a lot of new and soon-to-be moms out there who’s eyeballs are consistently glued to “mom blogs”. Clearly its a content consumption space that’s being watched closely, as today Ideon Media announced that it acquired two Canadian mom blog networks, in SavvyMom Media and UrbanMoms.ca.

“Banner ads are dead,” said Ideon Media’s Kevin Bartus. “Sophisticated marketers need to reach target consumers through an integrated approach that includes native advertising. SavvyMom and UrbanMoms are iconic Canadian parenting brands with large affiliated networks of bloggers and social influencers, and combining them with our own BabyPost creates a dominant offering with more reach through display, newsletters, mobile, social and sponsored stories than any other Canadian parenting brand.”

It’s a space that I’m not too well-versed in, but nonetheless one would imagine that its one with a ton of monetization opportunity. For those women on maternity leave it means a lot more time during the day to consumer content. I’d also imagine the affiliate sales potential is quite large given that we all want to buy the best stuff for our future bundles of joy.

SavvyMom Group is averaging 124,000 unique visitors per month, providing “the largest audience of Canadian moms consuming original Canadian content.” SavvyMom properties include the SavvyMom.ca website, targeted newsletter editions, and the largest mom blog network in Canada, the SavvyMom Collective, while the UrbanMoms Network is one of the most influential mom communities in Canada.

Ideon Media is a boutique media firm that offers digital custom solutions to help brands be seen. Its mission is to “create and grow cutting-edge Canadian properties as well as offer advanced display advertising techniques and formats.”