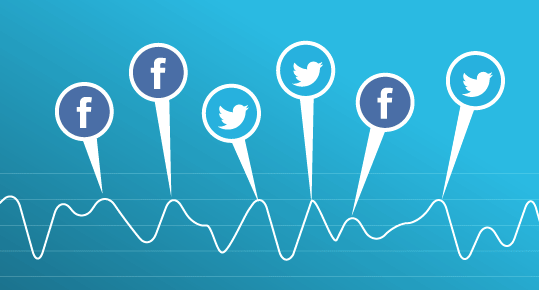 Montreal-based startup Seevibes, a platform that measures social media reaction to television shows and events, has raised a $1 million seed round lead by Polytech Ventures. Real Ventures and Bryan Freeman also participated in the round.

Seevibes created a TV Dashboard tool to help network and media agencies analyze the social performance of TV shows. The company believes measuring viewer engagement on social networks will help its customers get a better grasp on what the public actually thinks about a show.

In November 2013 the company acquired Bordeaux, France-based TvTweet, a European startup doing offering similar services in social TV measurement. At the same time the company opened up its France office.

Now it has a bit more capital to work with, which should help further expansion. In a release Seevibes noted that it wants to “ramp up international development efforts, to secure additional media partnerships.” It recently secured a partnership with Havas Media, which operates in 118 countries, employing over 5600 people across four main brands.

“From the first steps at FounderFuel in 2011, Seevibes has used the power of social media to contribute to creating new value for the TV industry” said Real Ventures’ Alan MacIntosh. “We’re happy to be part of this financing and to see them grow internationally.”Broadcasters, agencies and advertisers use Seevibes’ insight to optimize their social media campaigns in sync with their TV campaigns, so they can better understand the level of engagement of their viewers. With the “Seevibes Score,” a proprietary index scored comprised of six distinct social media metrics, customers can make better strategic decisions for further campaigns.

Seevibes currently analyzes over a billion social interactions every year and current customers include Radio Canada, Bell Media and Quebecor.

The startup is also a graduate of the Fall 2011 cohort of Montreal’s FounderFuel accelerator program.

Wealthsimple has entered into the spending space with the launch of Wealthsimple Cash, its first hybrid spending and savings account for Canadians. The hybrid…