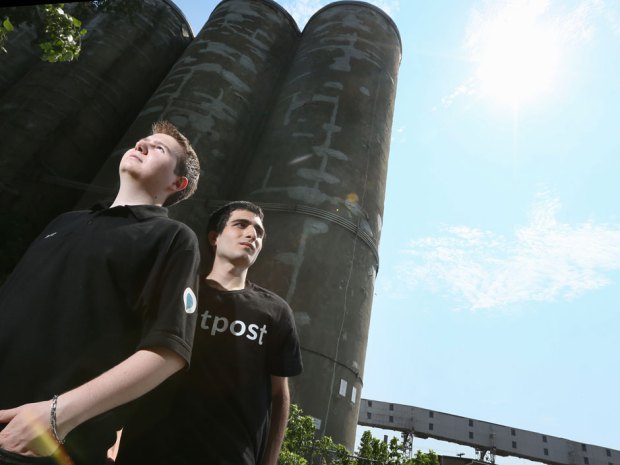 Scorned by Dawson College and yet embraced by startup heroes like Dave McClure, the polarizing Montreal startup Outpost Travel has raised it’s first bout of equity money, in a $200,000 seed round from private angel investors.

Since first profiling these guys for the Financial Post in the summertime, I probably sound like a broken record, but: what was the Montreal-based CEGEP school Dawson College thinking when they booted these two kids out of school last winter?

In July cofounders and expelled students Hamed Al-Khabaz and Ovi Mija cofounded the startup that calls itself the “kayak of the sharing economy”. Then the cofounders dubbed Outpost Travel  the first aggregator site for peer-to-peer travel services found through online community marketplaces. Websites like Airbnb, Kangaride and craigslist allow people to offer rooms, rides and other assets directly to each other, reducing transaction costs. Outpost Travel scours this “sharing economy” over the web, finding the best and most reliable deals.

That original article in the Financial Post largely portrayed the pair as a resurgent couple of friends, turned away by their college when Al-Khabaz attempted to reveal “sloppy coding” in the school’s servers. The coding could have compromised thousands of students’ personal data. Upon listening to Al-Khabaz, the company that the school hired to build the system, Skytech, labelled it “cyberhacking”.

The college’s director-general Richard Filion said they warned Mr. Al-Khabaz twice, and that he was kicked out because he “breached the college’s code of professional conduct.” The decision generated mass attention, including a petition of 12,000 signatures which failed to leverage Mr. Al-Khabaz’s reinstatement.

What followed the Financial Post’s coverage was a flurry of coverage on the pair’s new startup, from several reputable publications like Forbes, La Presse and the New York Times.

Now the pair are on their way to a sustainable startup with the new infusion of cash and mid-September’s news that the site had become the largest aggregator in the peer-to-peer travel industry. Oh, and 500 Startups’ Dave McClure gave them $500 to buy a new laptop at this summer’s International Startup Festival. So yeah, it’s been good for them.

The pair met their angel investors in the summer, and Mija said the money isn’t the only reason they’re of high value. “We had a few meetings and they like what we do, they were really excited about it and they both have experience with our industry.”

The money will go towards new hires, marketing help and “anything that’s required for us to expand,” said Mija. He said the last month has been particularly good for them, experiencing “massive growth” and large numbers of new users.

“We confirmed the idea in the beginning but now it’s crazy how people love this new way of travelling,” he said. “More and more people switch from commercial travelling to peer-to-peer travel, mainly because its more affordable but also because they get to meet new people and share new experiences, and they love it.”

The challenge with the space, like many others, is predicting in what direction it will go. There’s no denying that the revenues are only going to grow in the next five years- this year sites like Airbnb, Vayable and Craig’s List will combine to bring in more than $3.5 billion. But can the space ever outgrow its immaturities, manifested in untrustworthy users?

Mija played up how the users represent both the good and the bad in the space, as untrustworthy people will always exist, but user-generated reviews will only strengthen and provide more basis for trust. “Reviews are everything,” said Mija. “That’s what reinforces trust in people: having people tell you ‘yeah, I tried it and its safe, I liked it, you should do it’. So this is what’s helping the sharing economy grow now. The more people use it, the more trust it gets. And it’s growing exponentially.”

As for a iOS or Android app, Mija said that’s not the focus right now, but eventually they will develop one. For now, their new map view option has taken up much of their attention, a feature that hundreds of users requested. A new version of the site, in fact, launches tonight.