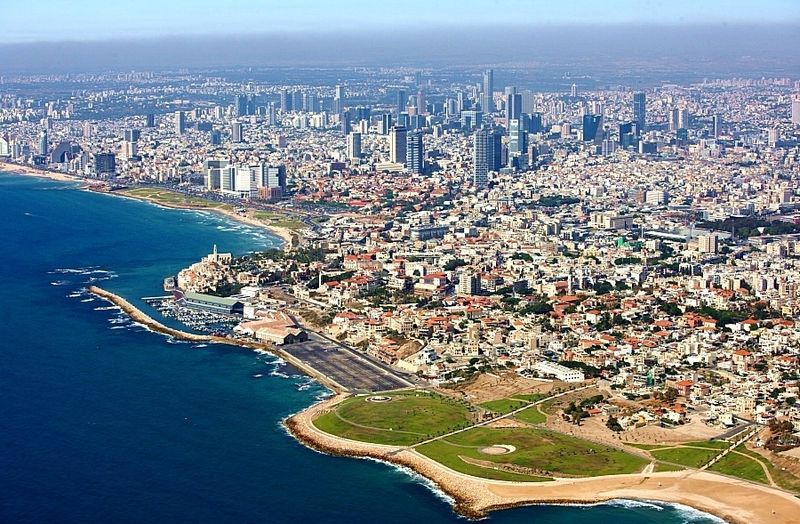 Montreal’s International Startup Festival is going to the second-ranked startup ecosystem in the world, later this month.

Founder Phil Telio and his small team who have put on three consecutive festivals every summer in Montreal, as well as an “Elevator World Tour” event in Toronto last winter, have December 18 marked down on the calendar. That’s when 100 Israeli startups will pitch venture capitalists for a $90,000 investment prize.

“Tel Aviv is got the most incredible startup scene out there under San Francisco. When you’re there its hard to tell they’re second to anybody,” Telio told BetaKit. “Tel Aviv is a city that’s absolutely rocking the startup scene, there’s plenty of angel investors willing to take part in our prize and, is there anything more international than Israel?”

The International Startup Festival is an event “on the business of startups,” held in the historic Old Port of Montreal every summer, typically in July. It brings together aspiring founders, groundbreaking innovators and veteran entrepreneurs from around the world to share thoughts, do business and have a lot of fun.

More recently the Elevator World Tour seeks to bring together 100 startups in every major startup city around the world, stick each of them in a one -minute elevator ride with two investors and see who can dazzle. The first event was held in early February this year at Toronto’s CN Tower, a pretty amazing, no-brainer place to hold the event. Then a Toronto-based crowdsourced jewelry design startup, Mejuri, took home the top prize.

Now Telio is heading to Tel Aviv, the city that consistently ranks #2 in the world among “top startup destinations”. The plan for each city is to give away a $90,000 prize to the winner, and that money comes from both local investors from the host city as well as a network of global angel investors who are willing to help out these companies who show that they’re deserving.

The location will be the “Azrieli Towers” in Tel Aviv, while the judging panel will include Jamie O’Hara, an angel investor and director of Grise Global Group, Howard Stotland, founder of STS Systems, Mayer Gniwisch, founder of ice.com and Danny Knafo of Calidus Capital Corp, all of whom who have exited companies. Roy Oron, general partner of Israel-based Plus Ventures, will also lend a judging voice.

But this second Elevator World Tour event is finally putting legitimacy behind the term “International”. Yes, the yearly summer event did attract startups form around the world, but the Montreal-based team is now backing up their brand. Telio said the media in Israel have been saying the same thing about the growing brand. It’s because, as he told us, “we’re doing things different (elevator pitches in the most impressive elevators is just wacky enough to be different), because were guaranteeing an investment prize of whats now lose to $100,000 and because we’re a group of international investors walking into a city saying, ‘hey, we’re willing to place a blind bet’.”

Tel Aviv isn’t all that’s in the pipeline though. New York City has been booked for May and Rio de Janeiro is tentatively planned for late February, but “our major hurdle there is location,” said Telio. “We only want to do it in one place in all of Rio and that’s Sugarloaf Mountain, and negotiating with the owner is not as easy as one would hope.”

International Startup Festival is still the little company out of a second floor office in the Westmount neighbourhood in Montreal, but its global feel is finally starting to resonate.

“We’re also doing this because we want to put Startup Fest and Montreal on the map, and this is the best way we know how.”

The Ontario government is providing $1.5 million to Carrot Rewards, an app that rewards users for increasing digital finance skills and improving health. Carrot…