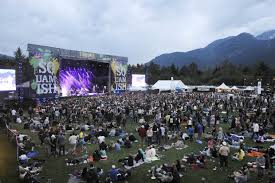 Intellitix, the Montreal-based global provider of RFID access control and cashless payment systems for live events, has been able to attract some big name Canadian music festivals as clients this summer.

The company announced that this summer it has called as clients both Taste of Toronto culinary event and the Squamish Valley Music Festival.

The startup was founded in 2011 and is probably most known for its work helping Coachella go cashless and ticket-less, with its cloth wristband system that uses RFID chips embedded inside. When festival-goers arrive at the gates, they tap their wrists to a sensor which compares their wristband to the database of ticketholders and grants them access. Intillitix also worked with MysteryLand in New York State and the Bud Light Digital Dreams Festival held in Toronto last month, for over 75,000 patrons.

With Taste of Toronto, the four-day food and drink extravaganza enabled guests to use its own dining currency called ‘Crowns,’ loaded onto RFID Taste cards for use at restaurants and bars. Patrons could load Taste cards pre-event by creating an online account, or throughout the event itself at the top-up stations located across the site. With IntelliPay cashless terminals at each restaurant, patrons could quickly buy food and drink around the site and keep track of their spending.

“We were looking at creating something that was immersive and allowed us to connect with our audience outside of just the four days of the event,” said Justin Clarke, Taste Festival’s managing director.  “Intellitix’ system allowed us to do that, as well as speed up transaction times and ultimately offer our visitors a better experience.”

In its fifth year, the festival will be welcoming over 70 acts, like Bruno Mars, Arcade Fire and Eminem.

Expecting up to 35,000 people each day, every patron will be issued an RFID wristband.

Intellitix CEO Serge Grimaux said in addition to the faster transaction times, his IntelliPay system “eradicates fraud and puts customers’ minds at rest that they don’t need to worry about carrying around large amounts of cash.”

This week, two FinTechs have announced partnerships and new team members. Here’s the latest on these company updates. Onist partners with Quovo to give…