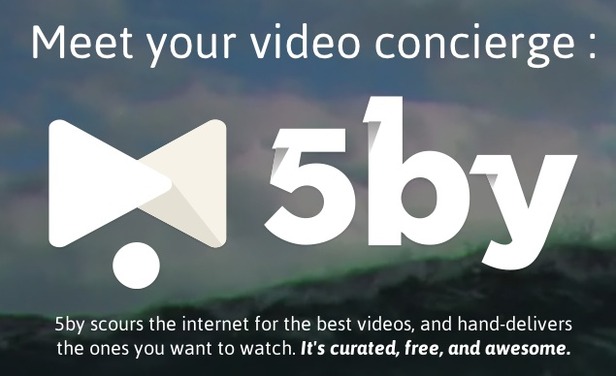 Founder Greg Isenberg said the company’s future lies in mobile, and the choice to initially launch its app in Canada made sense for the company and it’s users, and will also serve as a test phase before a global, multi-operating system launch later on in the year.

“We wanted to walk before we could run,” Isenberg told BetaKit. “Canada is a really good test market, so we’re going to spend the next however long it takes to optimize the app, make sure people really love it and once we’re ready we’ll do a big worldwide release. We also wanted to give Canadians first dibs on it.”

Furthermore, he commented that companies of 5by’s stature- those that have proven their worth through both user adoption and in 5by’s case, an acquisition- typically don’t launch in Canada first. By Isenberg’s reasoning, Canadians’ appetite for snackable-sized, entertaining video content is quite large. Several high-profile YouTube sensations have come out of Canada and the traffic will be there.

Launched in October 2012, 5by has built up a loyal following to its “Songza for video” concierge site. The recent Stumble Upon acquisition went for an undisclosed sum, but insiders pegged it somewhere in the sub-$20 million range. While the 5by team is expected to move operations to San Francisco at StumbleUpon headquarters, Isenberg said right now they’re knee-deep in developing and they’ll worry about a move in a few months.

On the app, Isenberg said that deep user personalization was a big concern for the team, “which was really missing from the web version.”

“It’s really tailored to you, and that was a biggest feedback we received. How is it more customizable to me? When i’m logging on to this thing, it really knows who I am, and with the iOS launch that’s what we’re speaking to,” said Isenberg. Upon opening to app in their iPhone’s, Canadians will immediately be asked a few personal questions so 5by’s algorithm can customize video selection to the users’ perceived tastes. Questions include “are your friends geeks or jocks?”, “is your dream vacation rocking out at Coachella or exploring a big city?”, and more.

Isenberg said that no one (including YouTube) has “won” the video component to user down time. He said when people are bored they check Facebook to see what their friends are up to, Twitter to see what’s going on in the world, but no company has been able to dominate the “I’m bored” video content space.

He thinks 5by’s victory will come via mobile. “From the get-go the vision has always been to be more mobile,” he said.

5by sifts through billions of videos on the Internet and helps users get to the ones that they care about. The startup quickly gained initial seed funding from Real Ventures,among others, and had a glitzy launch at Launch 2013 in California in front of nearly 6000 onlookers

Isenberg has long bet on the video-filtering aspect of 5by, creating a passive, rewarding customer experience.

“Lets face it, today in the video space there’s hundreds of millions of videos out there,” he said. “And I think that this interface really conquers that problem in a really simple way.”

Report: Only 25 percent of entrepreneurs see gov’t initiatives as helpful to their businesses

Canadian small business owners are unaware of government initiatives that could help them scale, according to a new survey conducted by accounting, payroll, and…