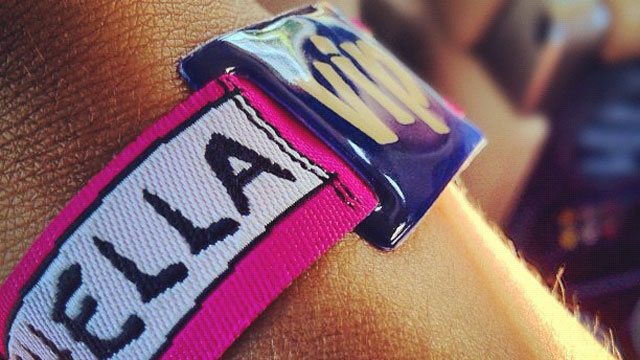 As Ivor Tossell explained in the Globe and Mail yesterday, a small Montreal startup has effectively “cleaned up” ticketing at the massive yearly music festival in Indio California.

For four years the festival has now been using Intellitix‘s cloth wristband system that uses RFID chips embedded inside. When festival-goers arrive at the gates, they tap their wrists to a sensor which compares their wristband to the database of ticketholders and grants them access.

It’s a decent solution to a problem that the festival was experiencing prior to using the Montreal company: far more people were entering the festival gates than had actually paid.

Intellitix is a global provider of RFID access control and cashless payment systems for live events. Since 2011 it has activated over 5 million RFID tags at events including Coachella, Bonnaroo, Tomorrowland, Lollapalooza, Way Out West, The PGA Irish Open, UEFA Champions Festival, Outside Lands and Electric Zoo.

“RFID and is reshaping the live event environment and we’re at the forefront. Working with us will increase on-site spend and identify substantial cost savings,” reads the startup’s website. “But more importantly, events and their brand partners gain unprecedented audience insight, while the ticket-holders enjoy a fun, non-invasive technology, sharing their experience both onsite and online.”

The RFID tags are much more than just ticketing solutions though: they can be synced up to the buyer’s facebook profile, which can then grant them access to perks like Spotify playlists. The wristband can also be used to purchase merchandise, as festival-goers can pre-load money onto the bands.

Intellitix isn’t a “small” startup anymore: headquartered in Montreal, it has an office in Toronto with reps around the world.

The company is also aggressively expanding: “Combining admissions with merchandize purchasing could work just as well for wine shows or trade events – or really, when you think about it, anywhere bedeviled by the bother of drink tickets,” wrote Tossell.

Canada’s telecommunications industry is on track to remain healthy and growing, but only if the government helps sustain it. This was the major takeaway…