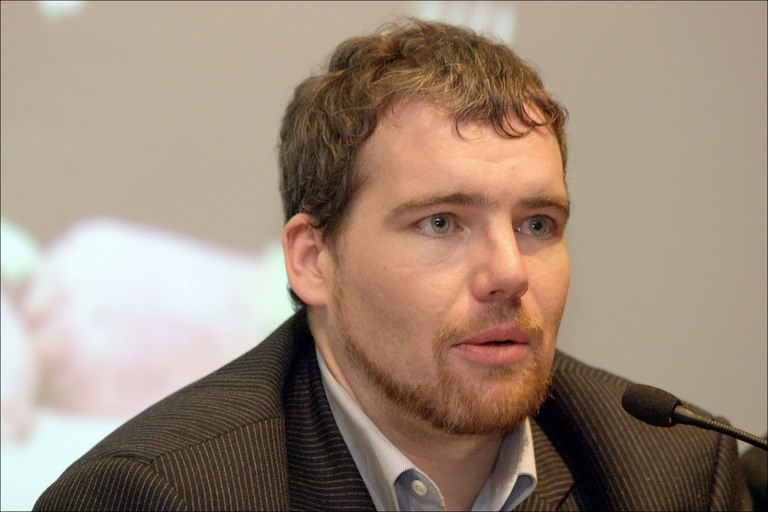 Saturday’s FailCamp in Montreal was a gathering of about 160 startup and small business entrepreneurs curious about failure and success. On stage throughout the day were several notable entrepreneurs and investors who had all, at some point in their lives, failed hard. But the point was that they were still standing to tell the story, and much better off.

Montreal angel investor and serial entrepreneur Austin Hill’s story was quite touching, and I think much of the audience enjoyed it. The man who founded one of Montreal’s first Internet service providers in TotalNet as well as several other high profile companies that exited, told the crowd about his first “business”.

It was nothing more than a scam and he was 16-years-old, in love with the fact that he had made $100,000 in three months based off of the stupidity of Canadians. But in the end he would face the consequences.

For those who haven’t had the pleasure of meeting Hill, he’s quite a likeable and bright tech geek. When he does public speaking engagements there’s a comfortable air of confidence in his tone, one that I’ve always perceived as “not-giving-a-shit.” This is probably because he’s built so many companies, encountered so much personal and work-related success and failure, made so much money and dealt with so many different people throughout his career. Likely he doesn’t care what people think of him: all the ingredients of a charismatic speaker.

So, there Hill sat on Saturday afternoon at the offices of Montreal startup Busbud, which overlook the Plateau area and the rest of Montreal, with the mountain and its little cross on top in distant view.

He told the crowd how he created a business called “Nelson Communications”, a rip-off of Nielson, the TV-rating organization. He placed ads in newspapers across Canada (on credit) that read ““watch your favourite television shows and earn $400-$600 dollars a week watching TV. Send a self-addressed envelope with your favourite television shows listed below.” His team of friends pumping out letters in his apartment were “bombarded” with a record-setting amount of mail: the most for any single post office box in Canada at the time.

They sent letters back that said, “you’ve been selected to review the following television shows, but you have to do a training program, requiring a deposit of $49.” He enlisted the services of a PhD student in communications to make up a training booklet that included assignments like “write an essay about the roles of a protagonist and an antagonist in a modern day drama.”

“My basic thesis was this: anyone who was dumb enough to think that they could make money reviewing television shows would pay $49 dollars for a training program,” said Hill. “And anyone who is that lazy will never complete the training program. So they’d just give up and I could sell a $2 dollar training program for $49.”

It worked: he made about $100,000 in three months. (At that point the crowd gave him an ovation, which was a tad odd. My guess is that Hill probably doesn’t look back on it as his finest hour).

He continued, recounting some of the most interesting letters from people, boasting that they were “uniquely qualified for this job because they had been on welfare for four years and watched 12 hours of TV every day.” At dinners they would mock the “hall-of-fame letters”, such as one that read “I have two masters degrees in communications, I can be your best television reviewer.”

Fortunately a voice of reason in his friend finally challenged him. “Austin, do you ever feel bad taking money from these people?”. An (admittedly hilarious) Hill replied that it was nothing more than Darwinism: survival of the fittest. He was teaching them a lesson! And how was what he was doing different than an infomercial for a crappy product that wouldn’t do what it proclaims to do?

“My friend made a comment that changed my life. She said ‘Austin, you’re one of the smartest people I’ve ever met in my entire life and I’m really, really sad that that’s all you amount to’.”

He said that comment changed the course of his entrepreneurial ambitions. “I started thinking about making meaning rather than making money. Every company since, I’ve made tons of mistakes but I had a vision for how I could make the world a better place…I’ve never had to apologize since that day.”

I offered to Hill that it represented a moral failure, having a well-respected friend essentially say “shame on you.” He preferred to call it a “moral MVP,” giving him a lesson and a chance to redirect his future. He said he could have gone south and made millions and millions with the scam, easily. “But the question of make meaning or money haunted me.”

It might not be the classic failure story of a startup, that of creating a product that no one cares about, but Hill’s speech captured the theme of the day. Failure can come in a lot of different ways and can end up creating many different consequences directed at both the entrepreneur and those close to him/her. But it seems that failure might be necessary for those who eventually want to realize their fate as a person who creates meaning and positive change through a tech product.

I still don’t completely buy the whole in-your-face, branded notion that is “fail fast”. However, this event proved that getting together and discussing each other’s low points is nothing but positive in entrepreneurship.