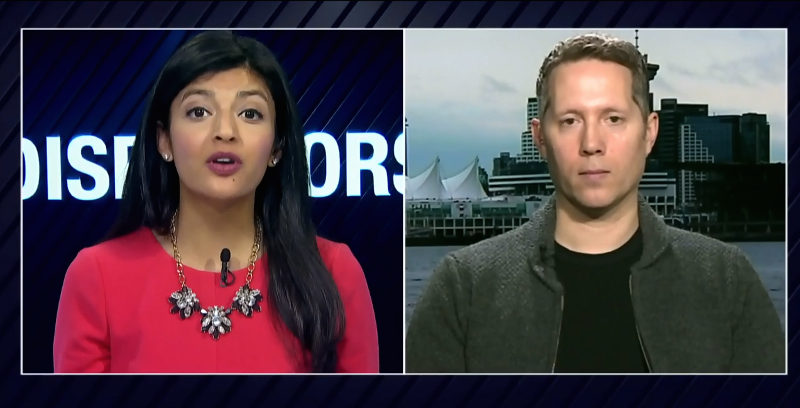 FinTech is an industry where Canadian startups seem to thrive; between news like Grow’s partnership with First West Credit Union to Financeit raising an equity financing round with Goldman Sachs, it seems that FinTech is showing no signs of slowing down.

Keeping up the momentum, The Disruptors co-host Amber Kanwar sat down with Mogo founder Dave Feller to talk about how his company is becoming FinTech leader as the only public FinTech company in Canada.

Feller said that, first and foremost, Mogo considers itself a software company in a similar way that Uber does; in comparison, most financial services companies tend to keep their software separate with an IT department.

Kanwar noted that, since Mogo’s IPO, the “markets haven’t been too kind” to the company. Asked whether the company went public too early, Feller said that the company doesn’t regret the decision.

“I think we can all see the broader markets have sold off, you’ve got many high-profile companies like Shopify or LinkedIn down 50-plus percent from their highs, so I would say this is a broad base sell-off,” said Feller. “The fact that we went out in June and raised our target $50 million, we now have the capital we need to effectively grow this business…to raise that kind of capital in the private is very difficult. So I would say we’re very happy that we went public.

As Feller said that the company is looking to expand beyond consumer lending and offer services like mortgages and savings accounts, Kanwar asked how long it will take Mogo to get to the level where they’re competing directly with the banks.

Feller alluded to Mogo’s partnership with Postmedia as a step to raise brand awareness. “Postmedia has over eight million weekly readers and 12 million monthly uniques on their digital properties,” said Feller. “This is a true partnership where Post is essentially aligned and incentivized to help Mogo grow to the leading financial brand in Canada. So we’re already starting.”

Watch the whole interview below: