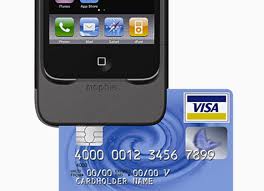 Mobile payments are the way of commerce’s future, and using one’s smartphone to do that is the preferred method. That was largely the message from a report issued today by Adyen.

Adyen, a global payments solutions platform, released its findings from its Adyen Global Mobile Payments Index. The report found that mobile payments transactions on its platform increased by 27 percent from May to August 2013, jumping from 13.8 percent to 17.5 percent of all worldwide digital purchases.

“Mobile commerce continued its significant growth with a 27 percent increase in transactions over the last four months, and double-digit growth across almost every sector,” said Adyen’s Roelant Prins. “As our data sample increases in size and scope, clear patterns for mobile purchases are emerging – such as the increasing importance of tablet for retailers and Smartphone payment for the ticketing industry. Armed with this data, merchants can tailor their sales strategies to increase mobile conversions.”

The Index analyzed all mobile transactions completed over its platform for thousands of merchants globally, including Vodafone, Mango, SoundCloud, KLM and PopCap Games.

Of all sectors, ticketing services payments rose the most via mobile payments, by 22 percent. Mobile ticketing purchases for concerts, movies, sports and theatrical events represented 18.3 percent of all ticketing purchases, up from 15 percent four months ago. According to Adyen, it indicated a strong consumer preference to pay on the spot at the event entrance, avoid queues and receive their electronic ticket directly on the phone to be scanned at the entrance. Then came mobile payments for travel expenditures. Mobile purchases increased from 20 pecent to 24.1 percent of all travel-related transactions. The report noted that the travel sector still holds the highest percentage of mobile transaction of any sector. This sector has been quick to embrace mobile applications and services that enable shoppers to transact on-the-go.

Smartphones are now the preferred method of mobile payments, a change from a steady history of tablets bring used more often. The Index found that the overall percentage of worldwide purchases made using mobile phones and tablet devices both increased during this period (Smartphones rose from 6.5 to 9.2 percent, while tablets rose from 7.4 to 8.3 percent).

However, in a reversal from the previous Index, the share of tablet devices used for mobile purchases decreased during this period from 53.2 to 47.4 percent, representing the lowest percentage since May 2012, while Smartphone usage increased from 46.8 to 52.6 percent, the highest percentage since May 2012. “One possible explanation for this reversal is a change in consumer behaviour during the summer vacation season, in which highly-portable Smartphones are much more convenient for on-the-go mobile purchases than less-portable tablet devices,” read the report.

It will be interesting to see the data after the next four months, as possibly attributing this change to summer months may be underestimating the uptick in popularity for making payments via smartphones. One can’t know for sure, but a continued preference for smartphones might seem more logical than tablets leading the payment game.

Finally, of interesting note, with Microsoft’s acquisition of Nokia, the brand is now the most important monetization platform for Windows Mobile. Nokia’s hardware represents around 80 percent of all Windows Mobile devices, which means that Microsoft will now capture revenue from future device sales.

AddaTech’s Max Di Paola on why scalable architecture is important, but comes last for CTOs