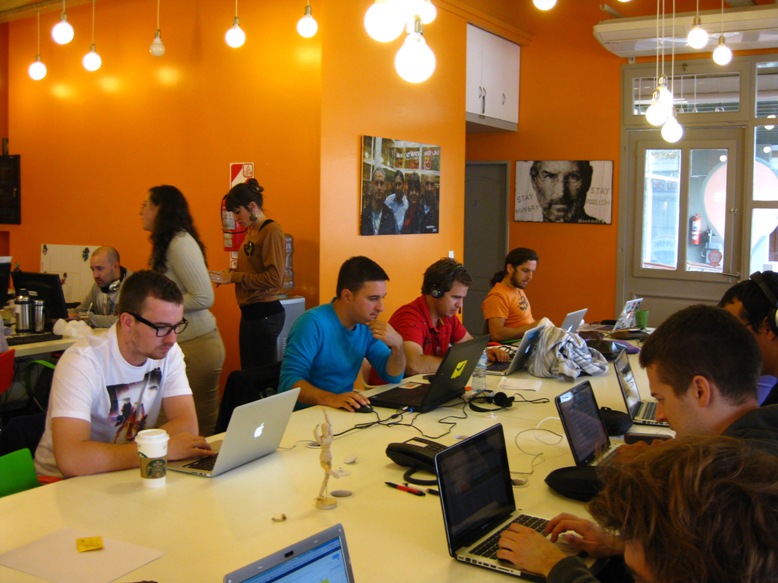 The way millennials are referred to among various studies might make one think that they’re an alien species, sent down to take over from an aging baby boomer work force and yet incapable of actually working.

You’ve heard it time and again: the millennials, those called Generation Y and born between 1980 and 2000, have higher expectations from their employers and less loyalty. But along with a generational shift in the workforce has come a shift in the kinds of jobs millennials are taking, particularly positions at startups.

It’s probably easy to assume that the average millennial working at a startup won’t fall victim to any of the aforementioned beliefs because they’re probably working like maniacs trying to get their business to the next level.

A recent study seems to back that claim up. The encouraging numbers were recently released by Aon Hewitt as part of its 15th annual 50 Best Employers in Canada report. It claims that millennials are more engaged at work than ever before.

Aon Hewitt has now collected 15 years of data, and this its research team took a closer look at how to “effectively manage and engage so-called Millennials”.

“We’ve consistently read in the media and heard from employers that Millennials have unrealistically high expectations of employers and seem willing to change jobs on a whim,” said Aon Hewitt’s Neil Crawford. “Maybe not surprisingly, Millennials have typically scored low on our engagement survey compared to other generations, but looking back over the last seven years, it’s clear that this stereotype is changing.”

Overall, Millennial engagement in this year’s study stood at 69 percent – up from 63 percent in 2007. And several specific measures suggest why that number has risen. Among them, 77 percent of Millennials agreed with the statement “My job is a good fit for my abilities and experience” – up 32 percentage points from 2007. More than 70 percent said that senior leaders make them feel positive about the future of their organization (versus 57 percent seven years ago), and three in four said that managers recognized their efforts and results, compared with only 63 percent seven years ago.

The study also suggests that the long-held assumption that part-time Millennials are less engaged than their full-time counterparts “is simply not true,” said Crawford. Full-time Millennials had an average engagement score of 70 percent; part-timers’ score was 69 percent.

One key point regarding millennials that may pertain to those working either for themselves or at a startup, was that most of them were either in university or just entering the workforce as the 2008 recession hit. Crawford noted this in saying millennials’ attitudes towards work are now “more realistic”.

“What these results suggest is that after more experience in the workforce, and living through a global economic crisis and ensuing recession, Millennials’ attitudes and expectations towards their employers have become more realistic,” added Crawford. “We also see evidence that Canadian employers are figuring out more effective ways to engage Millennials through clear and positive communication, effective recognition practices and sound management.”