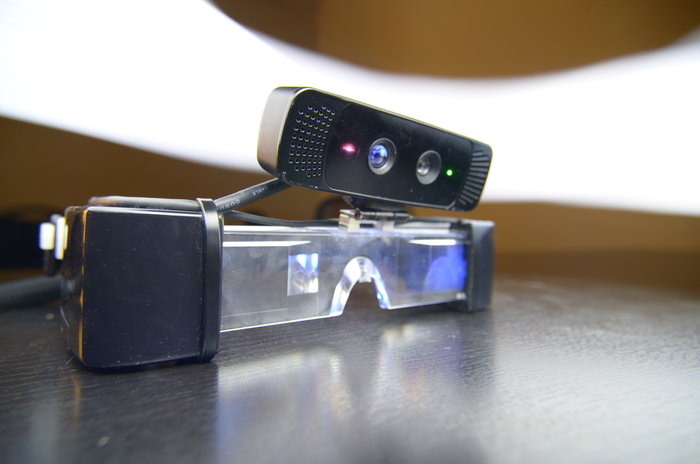 Meta, the company behind the smart glasses promising to transform you into Iron Man, has launched their app store called SpaceApps. Well it’s actually more of an App Idea Store.

SpaceApps is a community where app concepts are collected and then voted on. The aim is to identify one killer app that will be created with the help of the Meta tech team.

SpaceApps launched Monday of this week and already has over 300 total votes across the 44 ideas logged at the time of this article. To put this in perspective, Google Glass currently has 68 Glassware apps according to app directory Glass Appz. If the Meta community is able to deliver on these ideas when Meta launches end of this year, the catalogue won’t be too far off. This is pretty impressive especially considering the apps for Meta are much more complex.

Meta has gamified the app store by providing voting for community members to mark the apps they feel are good ideas and should be brought to life. The ideas with the most votes are ranked on a top 10 app leaderboard.

Three of the ten app ideas currently on the leaderboard are medical in nature including the top app AMT- Augmented Medical Technology. AMT is an app meant for first responders in a medical emergency. It intends to use markers on key locations of a patient’s body and Meta’s connected camera system to immediately relay information to a hospital or critical care unit to better prepare them for a patient’s arrival. The other medical apps in the chart use augmented reality to help people get over phobias through a type of virtual exposure therapy – especially agoraphobia, the fear of spiders.

Outside of medical apps, other popular concepts right now are game and gesture applications, including Gesture Launch – an app that promises to deliver the coveted Minority Report experience complete with “pretty lights that follow your motions so you feel cooler than Tom Cruise,” according to the concept owner.

Since launching its pre-orders earlier this month, Meta has over 1,000 developers on board with over $693,000+ in sales and still has 38 hours before closing pre-orders for 2013. Meta is currently selling two versions of their Meta 0.1 glasses – a developer and a streamlined edition – both for $667.

To submit or vote for an idea for Meta, you’ll need a Twitter or Github account and a lot of imagination. In addition to the winning app idea, Meta has also indicated that a number of developers with standout ideas will be selected for the early access to their developer program as a Meta Pioneer.

Vancouver’s BroadbandTV has struck a deal with a European entertainment network called the RTL Group, The deal is worth $36 million and will RTL…