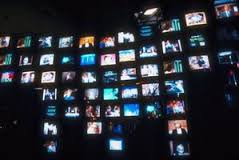 Media and entertainment companies are expected to execute more acquisitions over the next year than in the previous two years, as new data from Ernst & Young indicates.

EY’s 10th Capital Confidence Barometer: Media & Entertainment. The report shows 64% of executives believe the state of the global economy is improving, compared with 59% one year ago. Executives are more confident in the likelihood of closing deals (33% compared with 23% a year ago), and coupled with a narrowing valuation gap, this is creating momentum to get deals done.

The news can be seen in an optimistic light for Canadian startups in the media space, as several companies made acquisitions or were acquired over the past year. In November Montreal’s Seevibes, a startup that measures and analyzes television’s social media audience, acquired a French company called TvTweet. Meanwhile just two months before that, Canadian entrepreneur Greg Isenberg sold his startup called 5by to StumbleUpon. 5by is a “personal video concierge” that scours Youtube and other videos and creates a passive watching experience for the user by interest. Those two startups are just a pair among many others in Canada making waves.

This EY report came from a global survey of senior executives from large media and entertainment companies around the world that gauges corporate confidence in the economy, identifies boardroom trends and provides insight into companies’ capital agenda.

Respondents’ confidence in the availability of credit and financing is at its highest level in five years, said the report which provides “a solid platform for deal-making and has resulted in media and entertainment companies significantly increasing their borrowing from the previous year.”

85 Percent of respondents said credit availability is either stable or improving, and 52 percent of respondents said it’s improving, compared with 36 percent one year ago. 35 percent of executives indicated they have debt-to-capital ratios greater than 50%, which is up from 17% the year before, which shows a dramatic increase in borrowing. Perhaps the greatest indicator of the industry’s confidence in credit and financing availability is that a little over half (51 percent) of executives plan to use debt as their primary source of deal financing during the next year, compared with only 21 percent one year ago.

“This increased availability of credit and growing confidence in key economic indicators shows that more media and entertainment executives plan to pursue acquisitions now more than at any time the past couple of years,” EY’s Tom Connolly. “However, they need to move quickly – with fewer assets on the market, valuation gaps will widen.”