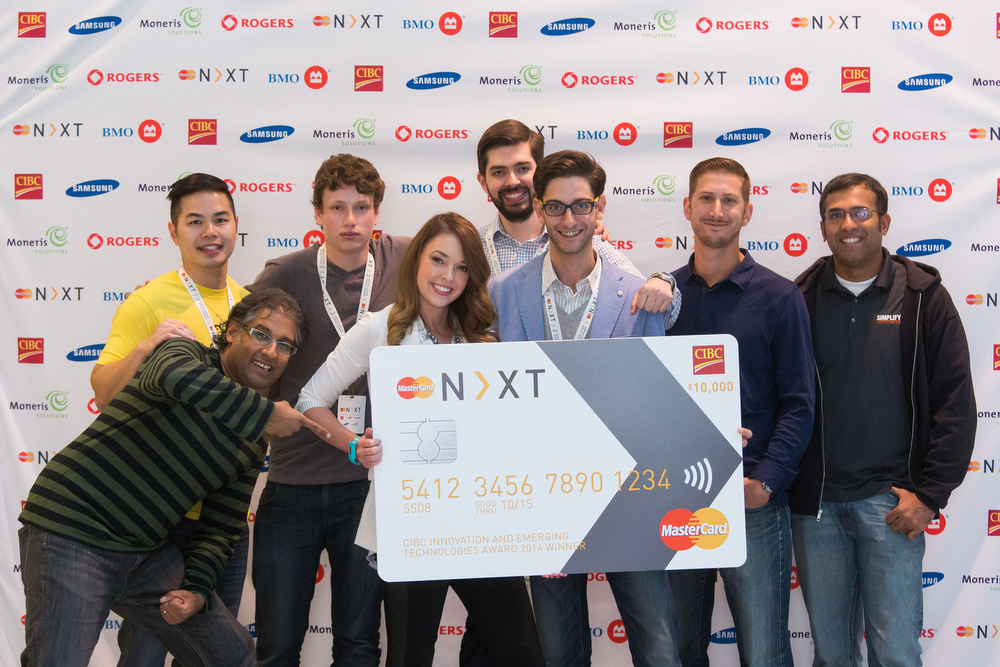 Walking into the MaRS Discovery District early Saturday morning, I had little idea what to expect. Corporate-sponsored developer events are often well-intentioned but feckless, and the term ‘hack’ seems incongruous with the security-focused finance and commerce industries. But taking stock of MasterCard’s N>XT developer challenge, now in its second year, I found an event that checked all the right boxes.

Truth be told, MasterCard N>XT felt like an honest to goodness hackathon.

The authenticity of N>XT is an extension of MasterCard’s new approach to tech, which differentiates the company from most financial institutions, including some of the event’s co-sponsors.

“We are trying to behave like a startup in MasterCard itself,” Garry Lyons, MasterCard’s Chief Innovation Officer, tells me. Normally such a title would indicate an amorphous role for a removed senior executive, but Lyons doesn’t fit the mould.

A developer himself, Lyons joined MasterCard following his startup’s acquisition in 2009 and was given the mandate with MasterCard Labs to drive a culture of innovation across the company. Earnest and affable, it’s clear that Lyons is more comfortable going table to table speaking with developers about their projects than standing in front of them onstage. In fact, Lyons seemed especially concerned to be recognized as one of them.

Whether or not developers on hand got the message, MasterCard Labs’ experience in driving its own internal innovation competitions, as well as “LaunchPad” development sprints with large brands like Maytag, obviously influenced N>XT’s organization. Whittled from a field of of 115 applicants, the 30 teams selected for N>XT received a variety of mentorship support prior to the event, helping them to set clear goals for the weekend as well as polish their presentation skills for the judging rounds. The result was a finalist group that you’d expect pitching for Y Combinator than at a hackaton.

Lyons indicated that this level of nurturing prior to and during the event was by design and to ensure as many teams as possible were ready to solve a real problem or create an efficiency. “Innovation is a repeatable process,” he said. “It’s not a case of throwing a few geeks in a room and wishing them the best of luck; it’s much more than that.”

And while this level of involvement blurred the lines around what was specifically built during the developer challenge (Team TA Labs, which won the $10,000 BMO retail prize, referenced a “proprietary algorithm” that was obviously not created in the 48-hour time period), it also meant that the winning teams were more ready to immediately capitalize on their efforts. Team Parabola, with its ‘Uber for retail’ app Favr, and Team ChangeRoom, with its webrooming solution designed to better connect online and brick ’n mortar retail, both produced impressive working prototypes that you could be reading more about quite soon.

Again, Lyons indicated this outcome was by design, favouring considered outputs rather than fancy kludges. In the world of finance and retail commerce, “cool doesn’t cut it.”