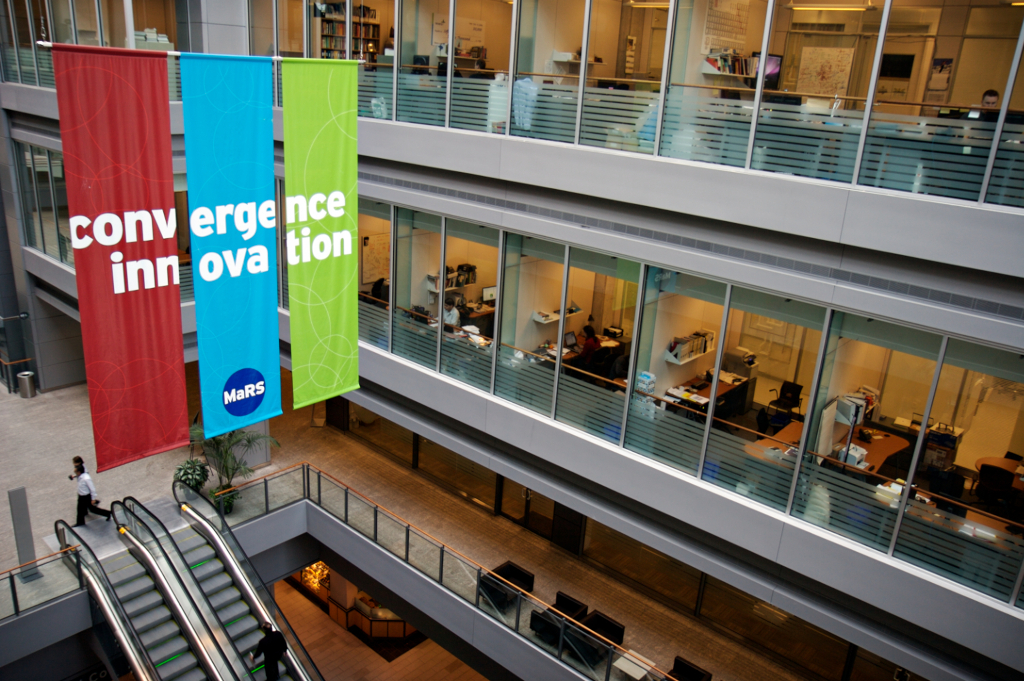 In light of a public spending scandal that indicates the Ontario Liberals failed to reveal a $317.5 million bailout of the MaRS Discovery District, the charity’s board of directors have fired back via a public statement on its website.

Yesterday a Progressive Conservative former MPP revealed that he had obtained documents confirming that the publicly and privately funded “innovation” centre was preparing to default on its loan due to insufficient tenant income.

Today the directors said “there were no documents that should be in the public domain,” and that “no transaction has been finalized.” When a transaction is completed, wrote the directors, “we are confident it will meet all tests of serving the public interest.”

The board of directors includes names like Richard W. Ivey, Hon. John P. Manley and Dr. Ilse Treurnicht, MaRS’ CEO who is currently on Ontario’s “Sunshine List” of public employees for claiming a yearly salary of $532,500 in 2013.

First reported by the Toronto Star this morning, BetaKit revealed that the bill could end up costing Ontario taxpayers nearly half a billion dollars.

“A Star analysis of the documents — a confidential report to the cabinet secretary and a ministerial proposal to the Treasury Board — reveals that on top of the $317-million acquisition cost, taxpayers could foot the bill for an additional $106 million over the next three years to renovate and prepare office and lab space for building tenants,” wrote the Toronto newspaper.

MaRS was supposed to repay the government loan it received in 2011 through rental income from tenants. But by early 2014 “MaRS was unable to make payments on the loan ‘posing a fiscal risk to Ontario,’ according to the documents. The deal proposed to Treasury Board would see the Ministry of Infrastructure purchase the building and the land and, in effect, erase MaRS’ debt to Infrastructure Ontario,” wrote the Star.

The directors further claimed in their release that MaRS has a “global reputation,” and is widely “recognized as a catalyst for innovation and entrepreneurship.” It operates as a non-profit, registered charity with “strong performance targets.”

The release could largely be seen as a defense mechanism amid a battery of public condemnation, primarily aimed at Ontario Premier Kathleen Wynne’s Liberal government. The directors released these metrics about the large complex that employs advisers to assist startups as well as academia.

MaRS Phase I has been “fully leased for several years and generates net rental revenues to support the MaRS mission,” read the release, however, over the past year the directors admitted they needed help addrssing “short-term financial needs”to bring additional capital into the Phase 2 project.

The directors said they can’t disclose any details of an “ongoing negotiation” and ended their response with this sentence:

“The fact that these documents have been made public may, in fact, be harmful to the ultimate completion of the real estate transaction that is underway.”

Mobile analytics is an increasingly competitive space, with companies like Flurry trying to do for mobile apps what Google Analytics did for websites. Most…