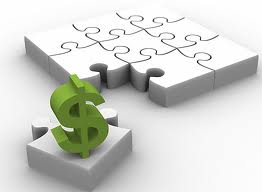 The federal government’s fund-of-funds for startups has achieved its second close, bringing total commitments to date to $233.5 million.

Announced back in January, the Northleaf Venture Catalyst Fund (NVCF) is the first fund of funds to be established under the Government of Canada’s Venture Capital Action Plan (VCAP).

Northleaf Partners, which manages the NVCF expects the fund to be at $300 million by the fall. Meanwhile, the Governments of Canada and Ontario originally agreed to make a combined capital commitment of $1 for every $2 committed by private sector investors, up to a maximum of $50 million each.

“We sincerely appreciate the support for NVCF from our newest investor in the Fund, Manulife Financial,” said Jeff Pentland, managing director of Northleaf Capital Partners. “Manulife’s commitment comes with increased commitments from both BDC Capital Inc. on behalf of the Government of Canada and the Government of Ontario. These commitments will enable us to continue NVCF’s successful strategy of investing in promising Canadian funds and companies that contribute to the development of a profitable, globally competitive and self-sustaining venture capital industry in Canada.”