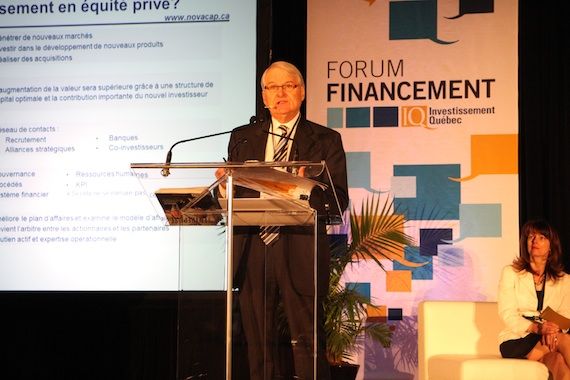 The french language newspaper reported the story this morning. The fund, called TMT Novacap IV, had a first closing in December around $250 million, with a goal to reach $350 million. While it will target larger rounds of financing in the $25 million range, the firm did tell Les Affaires that it could do series A deals of around $5 million too.

Novacap’s third fund was raised back in 2007, then worth $180 million. Since then it had a few big wins, including investing in Stingray Digital, the big Montreal-based french-language entertainment company. Novacap was also in on Quebec’s iWeb’s privatization in 2011.

The new fund was announced yesterday by Novacap chairman Marc Beauchamp during a speech in Montreal at an investment forum.

Novacap will aim to invest at least $25 million per deal. And as Les Affaires wrote, few Quebec-based startups have reached that level, so we might not be reading Novacap’s name in the tech blogs anytime soon. Still, getting to that stage of growth is what every startup claims it wants to do, so we’ll have to wait and see.