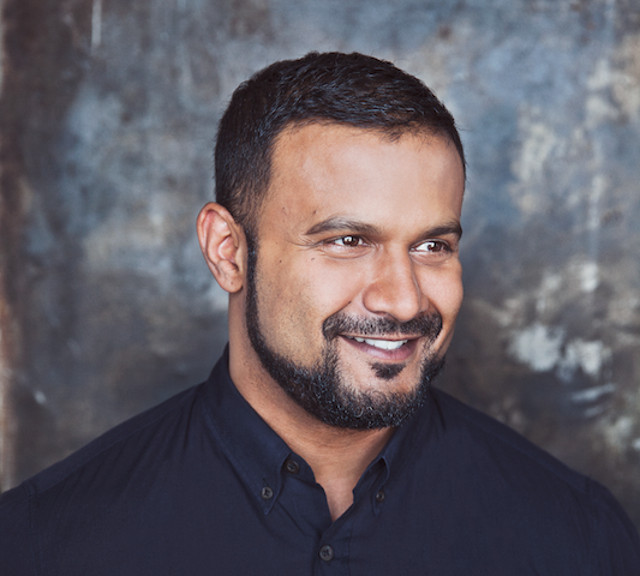 Over the past weekend, Lightspeed CEO Dax Dasilva touched down in Los Angeles for music festival FYF Fest — but not to promote his well-known commerce product.

Dasilva was at FYF to debut an initiative of his non-profit Never Apart, which focuses on raising awareness of social issues through arts and cultural programming. Never Apart is launching a colouring book, Colour By Icons, dedicated to celebrated LGBT historical icons like Sally Ride and Alan Turing. To promote the book, Never Apart is also partnering with Arcade Fire’s Marika Anthony-Shaw through her arts organization, Plus One.

“It’s a new wave nonprofit because we’re not run in a traditional way.”

“Arts and culture is a way to speak to people and move people, and it’s a way to create some positive dialogue and raise awareness of different issues through events, culture. It’s kind of a tool that, if used in a proper way, can create positive change,” said Dasilva.

“We always say that Lightspeed is infused with culture as much as code. Montreal’s biggest strengths are tech and culture. My background is in design, and I love visual arts and music. Lightspeed is a reflection of what I’m interested in, and it’s a culture we’ve built into the company,” said Dasilva.

Money raised for the organization will be earmarked for programming for LGBT youth, producing more colouring books, and expanding the Never Apart colouring book exhibit to other cities. “Never Apart is for everyone, and some of the founding members, including myself, are part of LGBT community and we’ve benefitted a lot growing up in LGBT centres,” said Dasilva. “Whenever we show someone the colouring book, there’s few people who know our real history. There’s some real social good in teaching that.”

While running an arts organization and running a tech company might seem like working on opposite ends of the spectrum, Dasilva said that leveraging what he’s learned in the tech world is key to Never Apart’s success as a cultural nonprofit.

“Never Apart has benefitted from me running Lightspeed for 11 years. By using Lightspeed eCom, Slack and WordPress, we can do the work of an arts organization that has 100 people. We publish an online monthly magazine and run dozens of events,” said Dasilva. “We can use tech to multiply our efforts, it’s a new wave nonprofit because we’re not run in a traditional way. It has a physical location and some full-time people, but we have so many creative collaborators that connect, whether it’s writers or videographers who all use the latest tech.”

Today San Francisco-based Skyscraper announced that it has raised $500,000 in seed funding led by Howard Lindzon and Tom Peterson of Social Leverage, with participation from several…