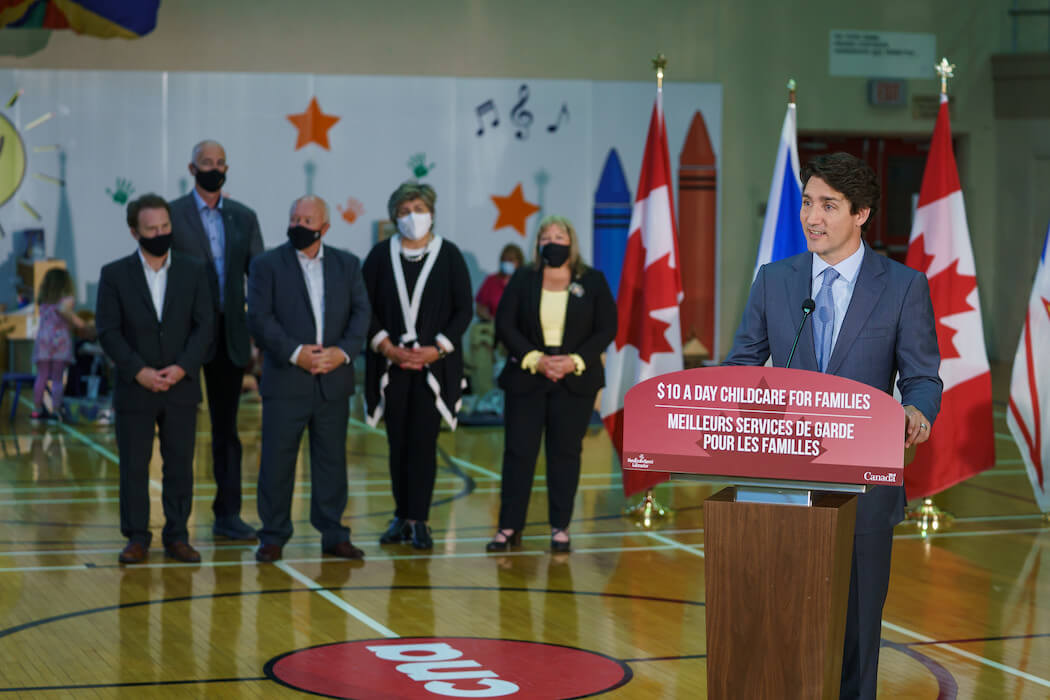 The Liberal Party of Canada released its platform on Wednesday, which contained a multitude of promises for Canada’s tech and innovation sector.

The overall platform includes big-ticket items, like housing and child care, and proposes $78 billion in new spending over five fiscal years and a projected deficit of $32 billion by 2025-2026.

The Liberals promise to create an agency meant to further the development of Canadian-made technologies.

For the tech and innovation sector, the Liberals promise to create an agency meant to further the development of Canadian-made technologies. The Canada Advanced Research Projects Agency (CARPA) would be a counterpart to the United States Defense Advanced Research Projects (DARPA), which helped pioneer the development of technologies like GPS mapping. The Liberals are promising an initial $2 billion for the agency.

The platform also includes a promise to reform the Scientific Research and Experimental Development (SR&ED) Program. The Liberals say they will “reduce red tape and the need for consultants” in order to better align eligible expenses to today’s innovation and research and development (R&D) needs. The platform promises follow commitments made by the Conservative Party of Canada, which put out its platform three weeks ago. The Conservative party platform promised changes to SR&ED and a review of all innovation programs at ISED and across the government “to ensure they are as simple as possible, to remove duplication, and to ensure that all innovation spending benefits Canada.”

Along the lines of research and development, the Liberals also promise to establish a $75 million a year fund for colleges and universities to help commercialize leading research, including identifying and securing patent rights for research.

The Liberal agenda also promises to strengthen rights for workers employed by digital platforms so that they are entitled to job protections under the Canada Labour Code. Connected to this, the Liberals promise to establish new provisions in the Income Tax Act to ensure this work counts toward EI and CPP while also making the digital platforms pay contributions. The platform also includes a commitment to introduce a new EI benefit for self-employed Canadians that would provide unemployment assistance lasting for as much as 26 weeks. The Liberals committed to launching the new benefit in January 2023.

Environmental issues are also a major focus for the platform, and for cleantech the promises include an investment tax credit of up to 30 percent for a range of clean technologies, including low carbon and net-zero technologies. The Liberals also promise to provide “support and incentives” for the domestic procurement of Canadian clean technology.

In a nod to pandemic recovery, the platform includes a financial promise of $400 million over four years for bolstering Canada’s virtual care infrastructure.

The reigning party’s platform also includes existing work and commitments to continue support of the Global Talent Stream and the PanCanadian Artificial Intelligence Strategy, building out a National Quantum Strategy and a National Research Council’s Canadian Photonics Fabrication Centre, as well as further financial commitments to the Women Entrepreneurship Strategy.

The Liberal platform also notes plans to implement open banking by the beginning of 2023, something the party first announced last week. The Conservative Party has also vowed to introduce legislation on open banking, though has not provided a time frame.

The Liberals also commit to re-introduce legislation, killed by the election, within 100 days, including legislation to reform the Broadcasting Act to ensure foreign web giants contribute to the creation and promotion of Canadian stories and music. The Liberals also promise to introduce legislation that would require digital platforms to share a portion of their revenue generated from news content with Canadian outlets. This legislation would be based on the Australian model.

The tech and innovation-related commitments in the Liberal platform point to continued support for the sector, following its innovation agenda created in 2017 with a number of capital commitments made since then. While the government’s financial commitment to innovation has lessened over the years, with Budget 2019 having notably fewer significant commitments towards Canadian tech and innovation compared to prior budgets, Budget 2021 saw some of the most significant promises, including the renewal of VCCI, intellectual property services, and updates to the country’s regional development agencies (RDAs).

In addition to SR&ED reform and open banking promises, the Conservative platform includes a number of commitments for the business and tech communities. These include:

This week, several startups have made announcements regarding the launches of new divisions, apps, and platforms for their customers. Here’s the latest on their…