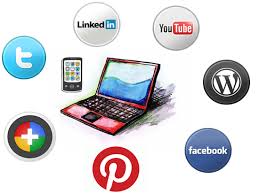 Less than half (41 percent) of Canadian small businesses have an online presence, according to a new report issued this morning by the Canadian Internet Registration Authority, the organization that manages the .CA domain.

Regarding the poor online presence numbers, Canadian businesses “may be missing lucrative opportunities as Canadians come to rely on the Internet to help them make buying decisions.” At first glance the 41 percent stat looks pretty pathetic, given that small businesses today are being judged on mobile presence, let alone Internet presence. But lets also not forget that a ton of Canadian businesses are natural resource-based, where online presence might not be integral to success.

Among some of the other interesting findings was that 87 percent of Internet users consider it important for Canadians to have the .CA domain name.

Moreover, the average Canadian visited 3,731 web pages per month last year, the highest in the world. We also ranked a close second behind the U.S. for the average number of hours spent online per user. Canadians also continue to be heavy consumers of online video, ranking second in the world behind the U.K., at 24.8 hours per month.

“The Factbook provides a unique and important portrait of how the Internet is changing the way Canadians work and communicate, with each other and the world,” said CIRA’s Byron Holland. “We continue to find that Canadians are unique in terms of why and how we use the Internet, the values we uphold online, and the pride we take in having .CA as our unique identifier.”

The stats come from CIRA’s 2014 Factbook, a collection of data and information that provides an overview of the health of the global domain name industry, the Canadian Internet, and .CA’s place in it. It compiles findings from CIRA’s own primary research, with publicly available data from Statistics Canada, Ipsos Reid, ComScore, Websense, TNS Digital Life and the Organisation for Economic Cooperation and Development.

Among this year’s findings about Canadians’ online retail habits: