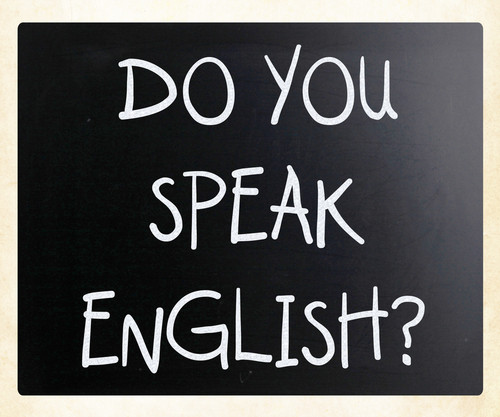 Julien Brault says English shouldn’t be the only language of the tech world.

The Montreal-based reporter for the french language newspaper, Les Affaires, took to Techvibes today to argue his point in English (ironically enough), and he brought up several valid points.

The article argues, albeit a bit too shyly at times, that the language of the global tech community is English. This is probably because that’s the dominant tongue of the world’s college-educated population. In fact, as Brault revealed, even in communities as far away as Jordan and India, English is the language used at tech events.

However, he argued that those techies who don’t master English in addition to their their preferred programming language are “penalized,” while pointing out that 6.2 billion of the world’s 7 billion people do not speak English.

He further said that the effects of this barrier, due to language, are “obvious when we look at developing countries that have managed to create a home grown start-up ecosystem.” Countries like India, Egypt, Jordan and Nigeria, which either happen to have English as one of their official languages or that were once under English influence, are using English as their tech language, which inevitably shuts the door on others. “Technology, it turns out, is not the great equalizer we thought it was,” wrote Brault. “At least not for those who happened to be born in the Ivory Coast, Morocco or Mexico.”

He finally argued that there might actually be a moral duty to make the world more inclusive by “simply speaking, publishing and helping their fellow country men in their native language.”

It was an interesting article, with some interesting context. Brault is a long-time reporter for Les Affaires, who’s column “Artificial Intelligence” I really enjoy. He’s a “francophone,” as we say here in Quebec, meaning that his mother tongue is French, although his written english is clearly excellent.

I have a feeling that various commenters are immediately going to challenge the article, accusing Brault of arguing his point simply because he’s a Quebecer working for an all-french newspaper. Possibly they might throw in the ol’ Quebec separatist accusation, although I hope our tech community commenters won’t sink to that low.

Brault brings up some valid points, and in my opinion, I wish he would have argued them a bit more forcefully. The article, while typically Canadian, read a bit too polite.

With respect to the argument itself, yes, it probably is frustrating and excluding of others that English is the language of tech. But I just don’t ever see it changing, despite Brault’s calls for our moral duty to kick in. It’s an idealist’s plea for a reality that doesn’t exist, and probably won’t at least any time soon.

What he doesn’t mention is that much of the world’s innovation within the realm of the Internet happened in the United States, and to a larger degree, in places like Stanford University and Silicon Valley. Maybe English being the dominant language isn’t so much by choice or assimilation as it was simply due to a combination of history and English being the “educated” language.

Still, as a person who admittedly speaks about 1.5 languages (I’m still working on the one that’s not english) and once every year experiences the pains of being an outsider within a culture with a different language (albeit less and less every year) I can recognize Brault’s point.

Python or C++ are two languages that don’t exclude anyone in the tech world, and my guess is those will continue to be the only ones for quite some time.

CruiseWise Launches at a Critical Juncture for Cruise Industry