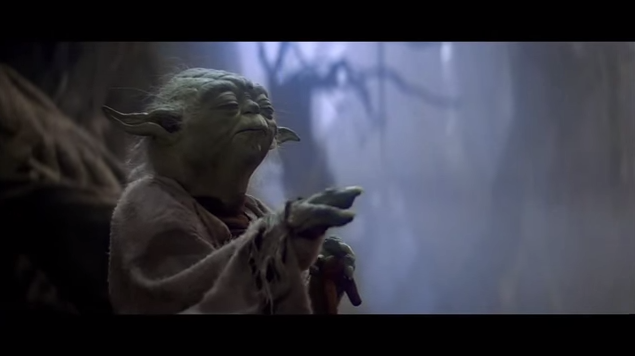 One of the best scenes from “The Empire Strikes Back” is when Luke Skywalker tries to use the force to raise his x-wing from the murky swamps of Dagobah before giving up, only to be surprised when master Yoda successfully hovers it in the sky with his mind. You may recall the beeping excitement of R2D2 when this was all happening. Yesterday at NXNE, I was just as excited as a little droid while I watched the brainwave reading wearable, the Emotiv EPOC, in action.

The EPOC is a neuroheadset which uses EEG to tune into electrical signals of the brain to detect a user’s thoughts, feelings and expressions in real-time. Unlike some of the other brain-sensing headbands, the EPOC is equipped with 16 sensors which are positioned to go all around your head to better track the various parts of your brain.

Taking the stage as part of the NXNE interactive track yesterday was Silona Bonewald, Product and Community director at Emotiv Lifesciences. She likened the experience of Emotiv EPOC as “listening to a party from outside the house” to clarify that the device is reading brain activity through your skull which means that there is a lot of noise it needs to work through in order to illicit a desired response. Bonewald bravely walked through a series of live demos using Emotiv’s detection suites, a software suite which uses the signals from the neuroheadset to interpret facial expressions, emotional state and use thoughts to manipulate virtual objects in real-time.

It was clear from her demos that the EPOC is a very powerful yet sensitive device requiring a lot of focus and mindfulness in order to perform certain tasks. Like struggling Skywalker in his Jedi training, Bonewald illustrated how much effort it really takes to take control of your mind as there were times in the demo when the EPOC/her mind just didn’t do what she wanted. To be fair, keeping your mind still and focused on stage at NXNE is a pretty big feat. So needless to say, when Bonewald was able to raise and move around the huge virtual stones of a Stonehenge simulator with her mind, there were a lot of jaws dropping to the floor.

The ability to use your mind to move things has a lot of applications and the developer community around Emotiv has proven that the sky is the limit. Emotiv’s EPOC has been used to control robots, drive cars and also as part of a Brain-Controlled Electric Wheelchair. The use of Emotiv’s brain-sensing device for people of disabilities is a striking one. Bonewald played a short clip of a project sponsored by Smirnoff which used the EPOC to equip three physically disabled music fans with the ability to create a music track with their minds.

Bonewald sees many applications for the brain-sensing device including crowdsourcing health research or what she calls creating “Citizen Scientists”. She envisions a time when users will opt-in to allow their brain activity to be used by scientists to help us gain more insights into how different minds work. Of course, once you start to open access to this data to science there are many other third parties that will want to benefit from better understanding how we think including marketers and advertisers. In fact, Emotiv has already been used in focus groups to test out movie trailers and other ads. Bonewald strongly suggests that if we head down this road, users first take the time to understand the data themselves before giving it away so that they are more aware of what they are sharing.

Emotiv is busy preparing a new product, Insight which will help get this neuroheadset on more heads later this year. The Insight is a much more consumer-facing device with a focus on fashion and with Bluetooth pairing that frees the device up to be used more easily outside of the house. The current EPOC requires a computer in order to work. Insight raised over $1.6 million dollars on Kickstarter in September of last year. Although the number of sensors on the Insight have been reduced from sixteen to seven, Emotiv has continued to focus on coverage of the brain to give you a better idea of your overall brain health.

For those expecting Insight, one of the biggest tips we learned from the NXNE session was that kids who used the EPOC have been able to control things with their minds much faster than the average adult. This made us think back to one of Yoda’s Jedi teachings in using the force. “You Must Unlearn What You Have Learned”. So clear your mind and raise that x-wing.