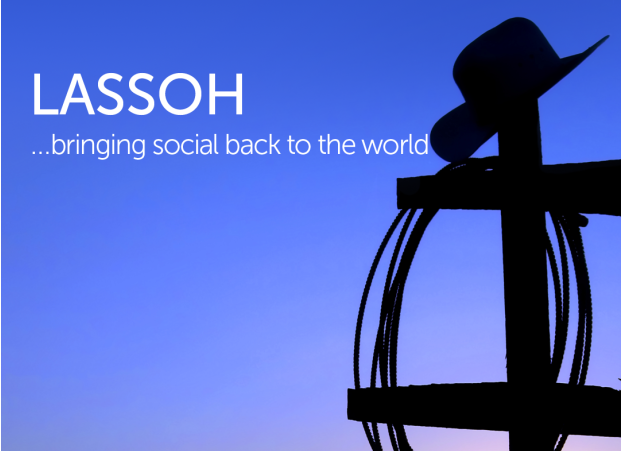 From celebrity photo leaks to the daily threat of email hacks and Facebook identity theft, our safety and privacy in the digital age is in question. Who to blame other than social technology? With users forgoing social technologies in lieu of protective policies, emerging apps have the opportunity to create communities wherein user-identity is chosen not surrendered.

Toronto-based Lassoh is the new social app that answers the privacy riddle of the digital age. Putting control in the users hands without asking them to expose their identity, Lassoh aims to do-away with invasive adverts and market research and replace it with optional, location-based participation.

“People want to interact and create content in geo-social contexts but at the same time, they are concerned about the implications such interactions may have for their privacy and personal safety. This is often referred to as the geo-social paradox,” says Jason Kim, CEO of Lassoh Inc.

Unlike the competition, networks such as Foursquare, Full Circle and Skout, Lassoh users don’t have to surrender their identity or personal information to engage in the social app community. The difference with Lassoh is that it aims to be user-run and user-directed, putting complete control over the community in the users hands by combining the useful of Yelp and Kijiji and the share-ability of Twitter and Instagram. The kicker is that users can only interact with other Lassoh users that are in the same vicinity or geographical space, based on the users selection. This is the meaning of Lassoh and its unique qualities; you can Lassoh your community around you, choosing how far or how close you want that community to be.

Another unique value proposition of the Lassoh app is its approach to your username and online identity; Lassoh is one of the first mobile apps that is not a profile-based network, meaning a user does not have to fill out a questionnaire on their education and background, nor reveal their friends, or workplace.

Further, Lassoh lets user narrow in on their focus as per exactly what they are looking for in a chosen ‘lassoh’ area; From general bars and restaurants to specifically scoping for shiatsu, users can edit what they see at any given time in any given place.