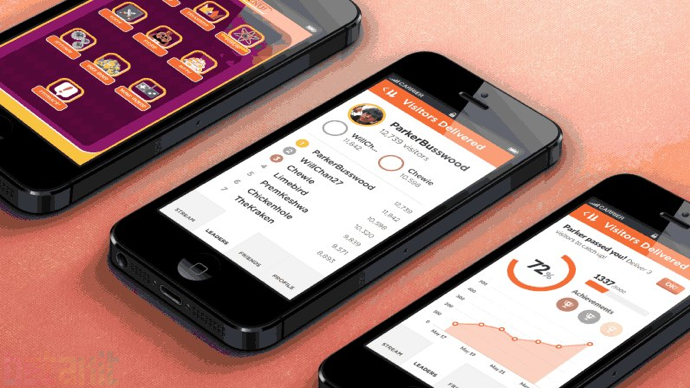 Remember the kids from your school days that were always organizing ways to sell you more candy during recess? Or perhaps the wizard at the arcade, or internet cafe, who topped the leaderboard of every game they played? You’d look at those scores and admit defeat even before feeding the machine with money.

Turns out that kid who always had the pitch grew up to be Vancouver’s Jason Bailey. He’s known for building Eastside Games into a thriving indie game publisher, plus co-founding local startup accelerator GrowLab, but this isn’t enough chaos for Bailey. For close to a year the spectre of kids ruling the leaderboards with unreachable scores has been haunting him.

Bailey thinks leaderboards suck, boldly declaring its inclusion by publishers are often an afterthought and don’t reveal anything special. Leaderboards – which is a simple way to easily measure and rank a players score – are currently only good to puff up a few egos. The challenge Bailey is currently solving is to turn those egos into deeper player engagement, plus attract new players by offering customized leaderboards.

Bailey’s ability to pitch and raise money makes for good headlines and entertainment. You can watch him in this video during the recent Startup Festival in Montreal. He’s also confirmed to BetaKit that he’s well on his way to raising his goal of $500,000, which includes support from LX Ventures, 500 Startups founder Dave McClure, and Dario Meli (former Hootsuite co-founder). To move this new project into existence, Bailey has brought on board Jeff Day as CTO, plus Parker Busswood as Lead Designer.

Apparently there’s currently over 600-700 games launched everyday on the iOS platform, plus 3,000 to 5,000 games launched everyday across all platforms (Android, Windows Phone, BlackBerry). The plan for L33dr.ly is to become the “easy button” for game developers. Leaderboards will no longer be an afterthought, they’ll be about delivering deep analytics from the players perspective. Rankings will no longer be linear, they’ll be dynamic and provide ‘socially and geographically relevant.’ Players can gauge their ranking based on items, achievements, levels, location, and a whole myriad of personalized key performance indicators (KPI). Imagine giving the power to the player to define the appropriate leaderboard.

For the L33dr.ly team it’s a simple formula: better players, equals retention, which equals better monetization. L33dr.ly has formed a partnership with San Francisco-based Chartboost, a company that helps developers increase their revenues through in-app purchases, and will see various ads arrive on the leaderboard, which will be distributed on a rev-share model to game developers. The L33dr.ly SDK API is free and takes about 15-minutes to install. Instead of publishers writing cheques every month for a service, L33dr.ly will be paying the publishers. The bigger the in-game revenue, the bigger the cheques.

As for results, Bailey tested and installed the L33dr.ly platform on some of the games Eastside produces (Ruby Skies, Dragon Up, Mighty Bot) and found the retention rate on day one increased by 17%. More importantly, the retention number continued to escalate after the first week to 23%.

Bailey’s goal is simply to take the suck out of the leaderboard, deliver better information to the players, deliver better game engagement and revenue to the publishers, and to deliver win for his new team.