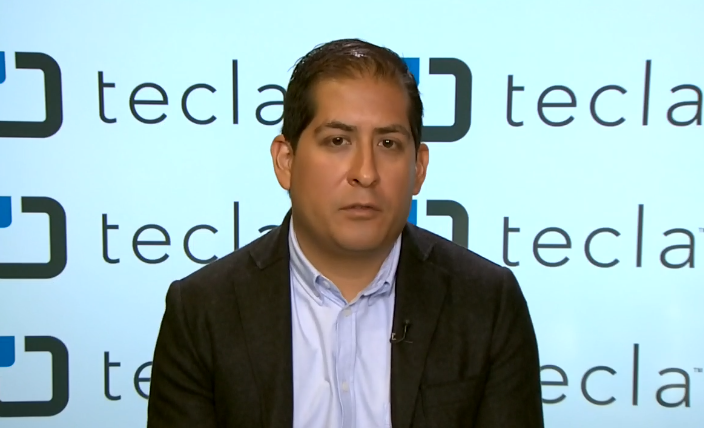 It can often be expensive for people with disabilities to access and use technological devices, and usually the technology they can use is outdated.

To make it easier for people with disabilities to access technology, Komodo OpenLab, the latest pitch on The Disruptors, created Tecla, a device that allows people with impaired mobility to access smartphones and devices. Earlier this year, Komodo OpenLab took home the top prize at DMZ and Innovation Birmingham’s Next Big Idea Contest. The startup’s device lets users connect with a smartphone or tablet via Bluetooth. Users can also integrate the device into their wheelchairs, allowing them to use their wheelchair’s guiding controls to use smart technology.

“With Tecla, we are aiming to give access to mainstream technology to users,” said Mauricio Meza, the co-founder of Komodo OpenLab. “We’re also including them in the same technologies that everyone else is using.”

Co-host Amber Kanwar said Tecla is targeting an important market, but competitive pressures still exist with companies like Thalmic Labs. “What’s not to love in terms of the market that they’re going after,” said Kanwar. “And if one of the best things to come out of IoT and connected mobility is to help those with disabilities…bring it on.”

Founder Institute, a global seed accelerator founded in Silicon Valley, announced that graduates of its Toronto 2017 program will have the opportunity to apply…