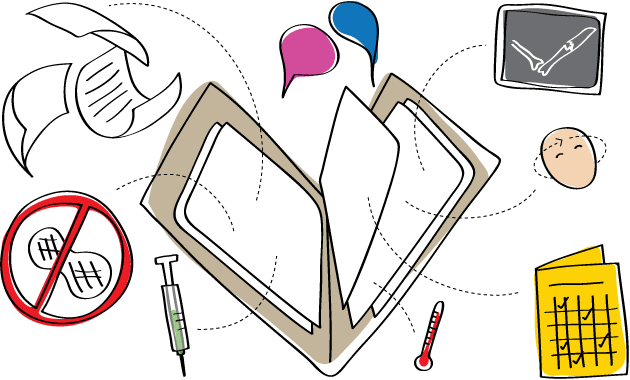 Toronto-based startup Kids Health Record launched this weekend at the Babytime Show at the Metro Toronto Convention Centre to positive reviews: an expected 100 signups turned into nearly 700 within a few days.

The startup is incubated in-house by Kela Medical, a Whitby-based company that specializes in developing ultra-secure, fully accessible personal health record to individuals, physicians, and practitioners of the healthcare industry. Kela Medical is one of 13 firms in Ontario who’s medical record technology is currently being used by physicians.

Kids Health Record cofounder Kathleen Babin described her platform as one that can replace the oft-misplaced, damage prone paper health record. The team developed a web app that helps users securely store, manage, and access children’s medical information 24/7. Moreover, it allows instant access and can prepare kids for the future by giving them access to the information as they get older.

“It’s an interactive health tool that allows parents to track and manage their children’s medical information,” said Babin. “The goal is that parents would start using this with their kids when they’re really small and continue using it until one day you can pass it on to the children when they go off to university”

Kela Medical’s CEO Arjun Kumar is mentoring Kids Health Record. His father a physician, Kumar was already tinkering around his dad’s clinic at the age of 13. He spent summers working in patient care and eventually founded Kela Medical. He said a number of factors are near perfect for Kids Health Record to make a splash in the online health records space, namely a greater interest in childrens’ records on the part of a new generation of online mothers.

“People in general do not have an interest in monitoring and taking care of their own health records because we haven’t been trained to do that,” said Kumar. “But it seems that there’s something there with new mothers: it’s a totally different story and they want to have these tools to become empowered to really take control of all their information.”

He commented how his own mother may have kept his health records in pristine condition for decades, but many modern parents have lost their children’s records “three or four times”: “Parents are really changing. Our generation of parents are not the same as our parents. It’s a convenience factor that’s adding on to technology and it’s behaviour change that really creates the value.”

Kids Health Record charges $50 per year, which is significantly less than its main competitor in Palo Alto, California: the venture-funded Mother Knows, which charges $98 per month, per child for its basic package. Kids Health Record, meanwhile does not charge based on amount of children.

(Mother Knows may be going through some issues though, as its Twitter account has been silent for eight months). In Kumar and the startup’s eyes, it means an opportunity.

Kela Medical hasn’t taken any equity from the younger startup, and Kumar figures if the company ends up doing well they can discuss that later on. For now he’s trying to leverage Kela’s expertise in the field of online medical records.

In speaking of Kela Medical’s solutions, Kumar said they’re so privacy-focused that “it’s more secure than your online banking.”

“This is much more secure than paper,” he said. “Paper you can have a fire, a flood, your information can get lost or stolen, but when its in a portal like this, basically it’s the concept of online banking, but for your health information.” Logically, much of the same technology can be applied to Kids Heath Record.

From the time Babin and her team approached Kumar about the idea in April, they’ve built their site and are servicing paying customers. It was amazing to see how fast they got traction, said Kumar.

Kids Health Record is now targeting private schools to adopt their solution at the enterprise level. Every year before the first day of school, parents will have to fill out paper copies of their kids’ health conditions. But if a child develops a new allergy half way through the year, ideally it gets reported, and possibly it gets mixed up in the shuffle of paper.

“So using Kids Health Record, when parents update it in real time the school is actually notified through the dashboard that these changes have happened,” he said. “Johnny hit his head over the weekend and it really lets the schools have that extra level of safety with their kids, so there’s a much broader application than just a consumer-facing app at the end of the day.”

BetaKit at #SXSW: “You’re a Small Fish in a Big Pond, But There’s Enough Water for Everybody”

Jonathan Stoikovitch knew that SXSW 2014 Interactive Festival would be crowded with small startups clamouring for attention, but he figured it was worth the…