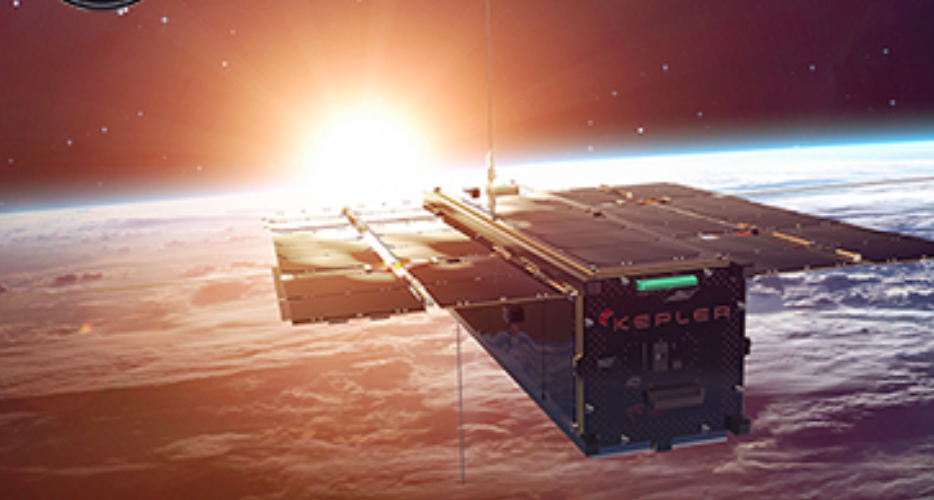 Toronto-based Kepler Communications, which is building a network of low-cost satellites to improve communication infrastructure in space, has entered an agreement with United Kingdom-based space innovation company Catapult to develop a satellite prototype for Kepler’s constellation of 140 communication satellites.

Kepler Communications’ constellation aims to create a standardized communication network that can connect IoT devices across regions and borders.

Kepler Communications said the development of the prototype satellite, “TARS,” will be carried out under the In-Orbit Demonstration Programme (IOD), which is managed by Catapult and designed to help companies design, build, and launch missions within 12 to 18 months. The prototype satellite will launch in the summer of 2019.

“The IOD will help us to accelerate Kepler’s ability to bring our connectivity solution to market, while simultaneously improving the linkage between the Canadian and UK high-tech ecosystems.”
– Jeffrey Osborne

According to Kepler Communications, TARs will build on the capabilities of its existing satellites KIPP and CASE, delivering narrow-brand connectivity services for IoT applications. TARS will also be the final prototype satellite before Kepler begins rolling out a new GEN1 constellation in late 2019.

“This is a tremendous opportunity for Kepler as well as an opportunity to further strengthen ties between the Canadian and UK space sectors,” said Jeffrey Osborne, vice president of business development at Kepler Communications. “The IOD will help us to accelerate Kepler’s ability to bring our connectivity solution to market, while simultaneously improving the linkage between the Canadian and UK high-tech ecosystems.”

Kepler Communications plans to build a UK supply chain for its future satellite constellation and a European sales operation based in the UK. The company will also work with UK technology partners to develop innovative products and services using its satcom solution.

“Global connectivity is critical to innovation and economic growth. We need to address current gaps in service if we are to achieve our bold ambitions for a digital economy underpinned by the Internet of Things,” said Stuart Martin, CEO of Satellite Applications Catapult. “Kepler’s constellation addresses this challenge and their network provides a blank canvas on which UK companies will be able to build added value services. Kepler is committed to investing in the UK, and we are committed to growing this partnership and supporting them to accelerate the downstream service opportunities.”