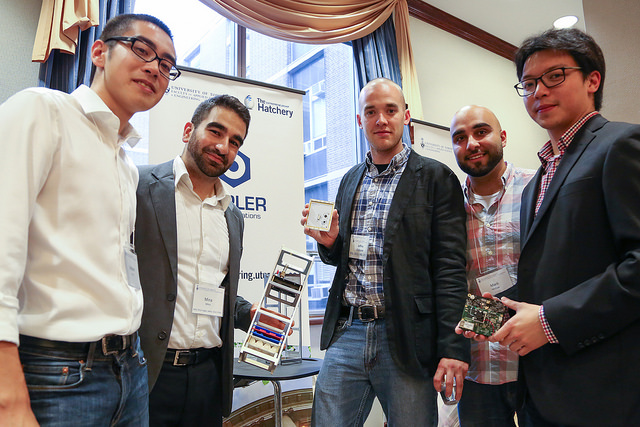 Kepler Communications, which is building a network of low-cost satellites to improve communication infrastructure in space, announced that it’s raised a $5 million oversubscribed seed round.

The company plans to use the funding to launch satellites and deploy an initial service as early as the second half of 2017.

“IA Ventures invested in Kepler because we believe this infrastructure is needed to advance our society that continues to stretch the carrying capacity of the Earth,” said Brad Gillespie, partner at IA Ventures.

Kepler Communications is building CubeSats, small satellites that are about the size of a loaf of bread that relay real-time messages sent by machines. The goal for Kepler is to act as a service provider for IoT devices both on the earth’s surface and in orbit. According to the company, its infrastructure can resolve the problem of intermittent connectivity, as most satellites can only relay information when they are near a ground station.

“This approach aligns well with our strategy to incrementally deploy infrastructure to meet customer demand and learn along the way,” said Mina Mitry, co-founder and CEO of Kepler.

Kepler Communications was started at the Start@UTIAS program with a $25,000 donation from Francis Shen, and launched at University of Toronto’s Hatchery entrepreneurship program, where they won the $20,000 Lacavera prize at the Hatchery Demo Day. Kepler went on to join Toronto’s DMZ and the Creative Destruction Lab, before joining the Techstars Seattle class of 2016 in early February.

Photo via University of Toronto

Here’s a list of tech events and initiatives for #IWD2018

For International Women’s Day, several Canadian startups have announced initiatives that remove barriers to women entering the tech industry, or support those already in…