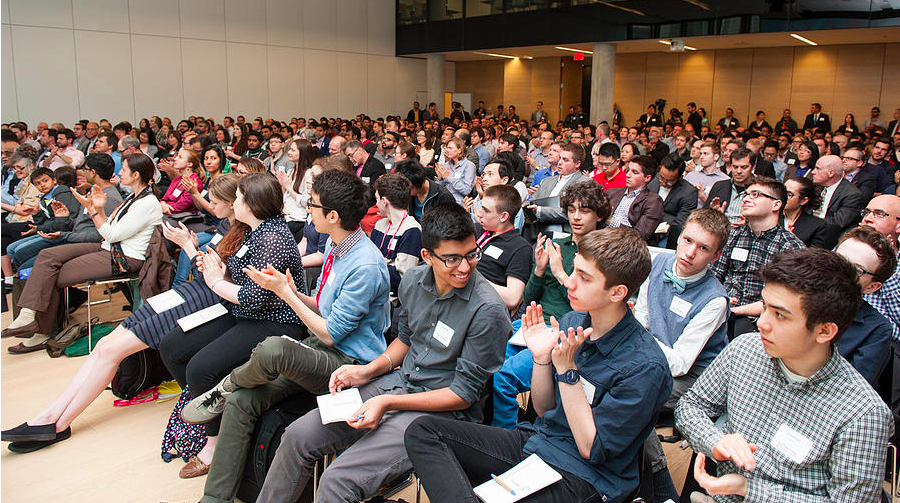 Can your startup make the cut? The Creative Destruction Lab (CDL), a Dragon’s Den style startup accelerator based at the University of Toronto’s Rotman School of Management, has sent out a call for applications for its next cohort.

Many startups that have gone through the CDL program describe it as the ultimate startup bootcamp, and for good reason. CDL startups get mentorship advice and access to investment capital from an impressive list of accomplished entrepreneurs: co-founder of Bluecat and Dragon Michael Hyatt; Tony Lacavera, founder of WIND Mobile; Mike Serbinis, founder of KOBO and LEAGUE; Dan Debow of Rypple and Salesforce, recently named 2015 Canadian Angel of the Year; Ted Livingston of Kik, and others. In return, the startups are expected to perform. Those startups that don’t hit the milestones set by the mentors get dropped from the program.

CDL alumni include Nymi, Thalmic, Bridgit, and OTI Lumionics, which means there’s now an established alumni peer network each startup that gets accepted into the program can access.

At its annual DemoCamp showcase event last week, CDL hosted over 500 people, 12 startup pitches, 30 product demos, and a panel of speakers who know a thing or two about the value CDL has to offer.

At DemoCamp, startup founders, mentors, alumni, U of T students, VCs, and startups from other accelerators and incubators got to mix and talk business. Here are a few startups that caught our attention:

At the event, the “father of wearable computing” Steve Mann, who recently joined CDL as a chief scientist, called on startups to never stop “tinquiry,” a term he coined for tinkering in the name of discovery and inquiry. Ajay Agrawal, CDL founder and a Rotman School of Management professor who builds robots on the side, eloquently summed up the startup ambition palpable at this year’s DemoCamp showcase.

“We’re all just trying to keep up with our dreams, one day at a time,” he said.

Canadian technology industry association Technation has received $32 million in funding from the federal government. The funding is specifically being put toward Technation’s Career…