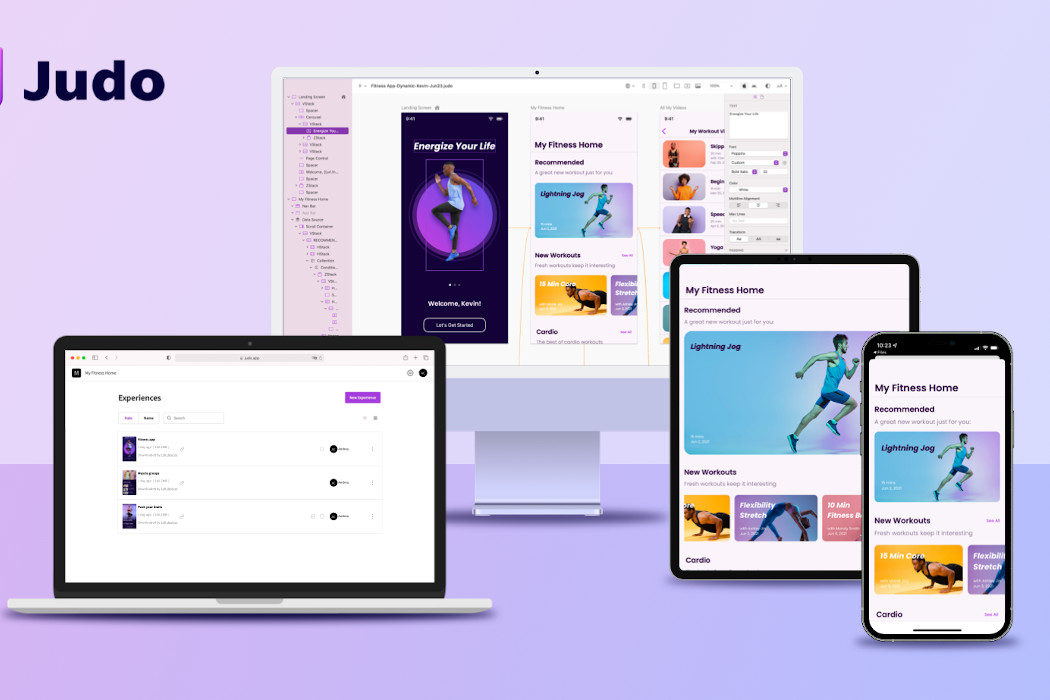 Toronto-based software startup Judo has raised $3.8 million CAD ($3 million USD) in seed financing to meet demand for its mobile experience platform outside of the sports world.

After establishing itself and gaining profitability serving sports franchises like the Milwaukee Bucks, Minnesota Vikings, San Jose Sharks, and Everton FC, Judo is moving into new verticals like consumer FinTech and retail.

“Essentially, any app publisher has a need for what we do in this space.”
-John Coombs, Judo

“We started to work with larger publishers beyond just sports teams, NASCAR … and it became very clear that our total addressable market [TAM] is much larger than just sport,” said Judo founder and CEO John Coombs in an exclusive interview with BetaKit. “Essentially, any app publisher has a need for what we do in this space.”

The startup’s all-equity seed round was co-led by two California-based investors, TenOneTen Ventures and Freestyle Capital, and supported by a group of angels including former Airbnb software engineer Ryan Brooks. In conjunction with the financing, longtime Judo advisor Seamus McAteer, formerly of Otter.ai, has joined the company as COO.

These experiences include building onboarding, branded content and sponsorships, user conversion flows, and event-based content like game previews and recaps, which are not core to the app, but content opportunities that are important, often time-sensitive, and don’t involve complex engineering.

Nevertheless, Coombs said many still have “a need for augmenting what they have to build with low-code/no-code, and that’s where Judo comes in.”

The startup’s solution reduces engineering dependency. According to the CEO, Judo wants to empower app teams to focus on hard problems, rather than throwaway campaigns, and help engineers work more efficiently.

Judo primarily serves app publishers and brands that already have their own apps and product teams, which Coombs described as “a bit of a differentiator” in a market where many other operators focus on independent developers.

“Most no-code solutions in the world of apps are end-to-end app builders, which is, I’ll use your products to build my app without developers,” said Coombs. “That doesn’t work for enterprise app publishers who have a product team, they are investing in their app’s [intellectual property], they’re not going to use an end-to-end app building solution.”

Judo’s origins stem back to 2015, when it built a content management system (CMS) for location-based tech following Apple’s launch of Beacons, which was designed to allow apps to develop location-based content.

The startup raised a $1.2 million CAD “friends and family” round on this premise, but in 2018, when it became clear that this kind of tech “wasn’t really taking off,” Judo shifted its focus.

The startup, which had attained some customers in the sports world, discovered that people were using Judo to update and develop content on their apps. “At the time we just weren’t in a position to raise funding so we said let’s really create a beachhead in this market where we have traction, we have a good brand and really build a business in this category,” said Coombs.

Judo claims it has since gained profitability serving a host of high-profile clients in sports, including over 50 franchises from the NFL, NBA, and NHL. The startup’s platform is available globally, with most of its customers in Europe and North America.

“John and the Judo team have built a technical, differentiated product platform and a profitable SaaS business without outside capital,” said David Waxman, managing partner at TenOneTen. “This impressive feat speaks to the quality of the team and to the enormous opportunity in front of them.”

But after Judo started working with large publishers outside of the sports world, the startup realized its TAM was much larger than it initially thought. “Right now, it’s an interesting time for low-code or no-code solutions,” said Coombs.

“If you look at the evolution of the market in terms of things like no-code, things that empower technology companies to do things faster and more efficiently, it became very apparent that the market is more ready than ever for something like this,” the CEO added.

The startup sees room to grow by expanding to new verticals, and has already begun working with brands in over-the-top (OTT) media, sports betting, retail, and consumer FinTech, a space where Coombs said “there’s lots of need for content and education.” To tackle these markets, Judo plans to invest its fresh capital in sales, marketing, and engineering.

“The market is more ready than ever for something like this.”
-John Coombs, Judo

“Given the volume of conversations we’re having, we’re increasingly understanding more opportunities that exist in the category,” said Coombs.

Judo currently has about 20 employees, and the startup aims to add about 10 more by the end of next year to support its growth strategy.

On the product development side, Judo plans to introduce more integrations and expand more into enhanced analytics and cloud infrastructure.

Coombs said “there’s a huge market” for Judo in serving mobile app publishers that are monetizing through their apps. “There’s certainly a huge upside for us there,” he said.

But the CEO also hinted that, long-term, Judo sees potential beyond this space. “I’m not going to sit here and say that we’re jumping into web tomorrow or jumping into connected TVs tomorrow, but the principle or the fundamentals around more effective, faster, rapid development are not exclusive to the mobile app ecosystem,” he added.

UPDATE: This article previously incorrectly stated that Judo works with more than 500 franchises from the NFL, NBA, and NHL. That number has been updated to reflect the correct number.