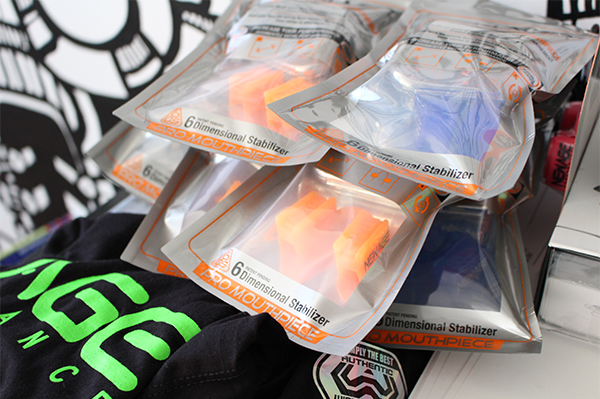 Toronto start-up New Age Performance (NAP) is moulding the next generation of competitive athletes with the 6DS PRO, the next step in the evolution of their performance-enhancing mouthwear. The 6DS series features both a mouthpiece and a soon- to-be launched mouthguard.

NAP’s introduction of the 6DS PRO follows the success of the original 5DS mouthpiece, geared at amateur athletes. The new series is geared at professional and competitive sportsmen.

The technology is the creation of The Next Trend’s Rob Charlton. The idea was hatched when Charlton, wanting to find a natural solution to increase his strength and endurance during his own workouts and having tried other performance mouthpieces, began to work at developing his own. After several attempts at perfecting the mouthpiece he had what would become the 5DS model. However, before launching to market, Charlton reached out to Dr Anil Makkar, a dentist with a history of experience with this type of technology and it was soon realized Makkar’s experience and expertise would be invaluable to New Age Performance. He later joined Charlton and his partner in launching the business with the 5DS model.

While the correlation between your mouth and your athletic performance may not be an obvious one, proper jaw alignment is a major factor in optimizing performance capabilities. Just as the mouth can be a key indicator of overall health, it is also the key to unlocking optimal physical potential and performance.

The 6DS PRO offers a step up from its predecessor, providing stability of lateral movement in the jaw. By ensuring stability in the side-to-side motion, the 6DS PRO prolongs durability in athletes.

Learn more about New Age Performance’s line of mouthware via Getnewage.com. Our readers can also use the promo code GETNEWAGE to save 15% off their order.