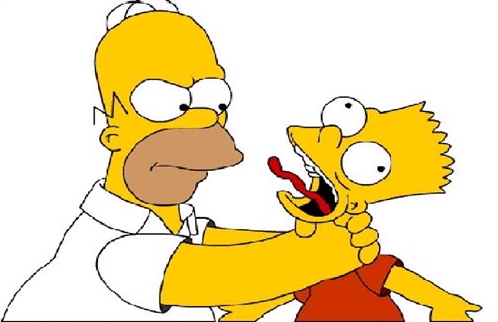 There have been a lot articles written about how to find the best cofounder, but I figured I’d write one about what happens if you don’t.

Many great founders have talked about how starting a company with someone is like entering in to a marriage. Paul Graham, the founder of Y-Combinator, wrote a piece on “What Startups Are Really Like”. The two biggest pieces of advice he gave were:

1. Be careful who you pick as a cofounder

2. You have to work hard to maintain your relationship

To quote one of the entrepreneurs in the post: “It’s like we are married, but we’re not f***ing”. I couldn’t have put it better myself.

But what happens when the marriage starts to deteriorate? What happens if it gets abusive?

I’ve had a few friends (male and female) that have been in abusive relationships. I asked myself why would they stay in such a bad situation? Why would they make excuses for their partner’s bad behaviour? And why would they compromise who they are for this person?

Keep in mind, abuse comes in many different forms; physical, emotional, verbal, etc. In no way am I comparing what a cofounder goes through to that of what a battered man or women goes through. I’m only drawing parallels between the behaviour exhibited by those trying to preserve a toxic relationship. And I’m merely using my experience to try and prevent what happened to me, from happening to others.

I started a company with someone who was pretty much a stranger. We had barely worked together, we didn’t know a lot about one another and we decided to start a company anyway. We’ll call this person “Alex”.

The weird thing is, I felt like I knew this person. Alex and I had similar goals and a similar reason for wanting to start a company. For us, it was never about money or prestige, but about building something great, something that would benefit a massive amount of people. At least that’s what I told myself.

It was great in the beginning: we had momentum, we were learning a sh**-load, and we were in it together. We lived together the entire time, and over the course of the next year we began to really get to know one another.

In retrospect I see that as things began to head south, I was exhibiting some of the exact same behaviours as my friends in abusive relationships. Alex would constantly belittle me. It wasn’t direct, it was more passive-aggressive, saying things like “you’re not a real leader”; “CEO X is a real hustler, not like you”; “you don’t know anything about our product, so stay out of it.” That’s just scratching the surface.

I also used to make excuses for Alex’s behaviour in public, defend my cofounder to various people in our circle (investors, other entrepreneurs, team members). Alex would say something out of line, or incredibly narcissistic to an individual or a group. Later on I would say “Alex isn’t serious,” or “You believed that? It was just a joke.”

The truth is I was being naive, trying to save face and trying to preserve a bad relationship.

The thing that upsets me the most is that I compromised myself, the way I envisioned our company, and the way I do business to please Alex. I would bend the truth in certain meetings, I would try and hard-sell investors instead of building a relationship, we would mislead potential users and tell them we were building features we weren’t. I would let Alex manipulate people in the company and outside of the company. In my gut, I knew this wasn’t the way things should be done, but I let it happen to preserve the relationship. It was cowardly on my part and I know that now.

So why did I stay? Why did I subject myself to this? Why did I bother to try to preserve the relationship?

You have to work hard to maintain your relationship

Anyone who has started a company can tell you there’s a tremendous amount of pressure, responsibility, and ownership. This startup was our baby, and we had people that invested a lot of money in us. I couldn’t let them down.

I eventually left the company and I felt like I was not only abandoning my child, but abandoning all of the people that took a chance on us. They vouched for us with people in their network, got us meetings with insanely important people, and they put their own time, money and reputation on the line for us.

How was I just supposed to let it all go? No, I would stay in this toxic relationship and work my ass off to make this company successful. I would repay all of the people that helped us out along the way. Maybe I’m soft, and I should have hardened the f*** up and left earlier, but I felt obligated to give absolutely every ounce of myself to this.

It pisses me off to even write about what I went through, but beneath all of this was a huge learning experience.  I got to live in three different cities, in two different countries, in one year. I got to meet some of the smartest people on the planet. I discovered more about myself and what it takes to lead a company in the last year than I had in the previous five years.

Do I regret staying in it as long as I did? Not at all. I only wish I would have spoke up to my cofounder sooner and possibly had them leave the company instead of me walking away after it was too late.

I know this probably sounds like whining. If I ever met myself in public, rambling about all of this I would simply say “You don’t like your situation? Then f***** change it.” If only it was that easy.

I wrote this because its a form of release for me, so that it can be used as a cautionary tale for future entrepreneurs that are thinking about starting a company with a cofounder they don’t really know, and so that entrepreneurs currently in a crappy partnership can make a decision to change it.

I wanted to keep this as anonymous as possible because, at the end of the day, it’s not my place to publicly single someone out. If I wanted to do that I would have done it in person. We went through a lot together and a lot of good came out of it. I think I enabled Alex’s behaviour by not calling him/her on it, by being too concerned about preserving the relationship, by worrying too much about what our investors would think, by being too soft.

I now know, without a doubt, what I want in a cofounder. Without this experience, I may have made this mistake later in life. So for that, I want to thank my old cofounder: Thank you, Alex!

Do you need some advice that you think Canadian Cofounder might be able to help out with? Email CC at foundersanonymous@gmail.com and CC will try to give some helpful advice. Make an anonymous email, do whatever you need to do, but CC encourages anybody with similar issues to reach out.

Halifax-based Cribcut, an online platform that connects mobile hair stylists to clients, announced it has raised $1.06 million in equity funding to help finance…