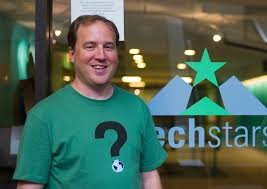 The CEO and founder of Techstars, the popular US-based startup accelerator present in six cities (as well as London, UK), is coming to Canada. And after a report published in Financial Post today, there’s reason to believe the Toronto-Waterloo corridor might one day have it’s own Techstars branch.

David Cohen will come to Toronto and Waterloo on April 22 and 23, respectively, to give a few speaking engagements. It’s his second trip to Toronto since 2008, when he spoke at an event called Startup Empire.

The Post asked the successful investor and accelerator head where Toronto ranks in North America among important startup communities. Cohen’s answer was interesting.

“There are probably six places outside the U.S. that we think might make sense for Techstars some day,” said Cohen. “And I’m coming to Toronto and Waterloo, so that tells you something. I don’t want to promise that the Toronto-Waterloo area is on the list, but it’s one of those places we’re hearing tons about. It might make sense for us to be there sometime in the future. Part of this visit is exploration.”

This comes a day after we reported that Waterloo was getting its own $200 million fund, at the hands of new Dragons’ Den star Michael Wekerle and former Accelerator Centre head, Tim Ellis.

Cohen’s trip will be telling, and truthfully there’s no reason in the future why Canadians shouldn’t expect Toronto or Vancouver locations of the best US-based accelerators, like 500 Startups, Y Combinator and Techstars.

He’ll spend the day visiting startups in the two locations alongside Startup Management‘s William Mougayar, which will be followed by fireside chats. In Toronto it’ll happen at OneEleven Centre. Tickets are $11 and the event in sponsored by OMERS Ventures.

The next night in Waterloo will take place at the Tannery Event Centre at the Communitech Hub. Again,  tickets are $10.

Cohen told the Post that he started Techstars in 2006 in Boulder in part to improve the startup ecosystem there, so he “wouldn’t need to get on a plane and go to Silicon Valley or Boston every time I wanted to make an investment.”

Of the first cohort, 302 companies applied and they picked 10. Five were later acquired, two of which for $10 million each.

Today Techstars is running multiple programs and cohorts in New York, Boston, Boulder, Austin, New York City, Seattle, Chicago and London, UK. 12,000 companies apply every year to be in one of the 12 cohorts of ten teams each, which translates to a one percent acceptance rate. But Cohen admitted that “a lot of the companies that apply are just not interesting.”

Techstars is also helping corporations like Disney, Barclays, Sprint, R/GA and Kaplan by running accelerators for them.

Startups that graduated from their programs have raised over $500 million, boasting 33 exits and billions in portfolio value.

Cohen said that there’s probably 10 great startup communities in the world, and part of his mission is to bring that number up to 50 or 100. “The idea that you have to be in Silicon Valley is so passé now,” he said. “Sure, that’s one great place to be. But there is widely available information about great startups starting in many other communities now, so it’s certainly not the only place these days. I love that our generation gets to drive this change.”

Last week, BetaKit reported on the embattled crypto exchange firm, QuadrigaCX. The firm currently owes its clients $250 million, most of which is stored…