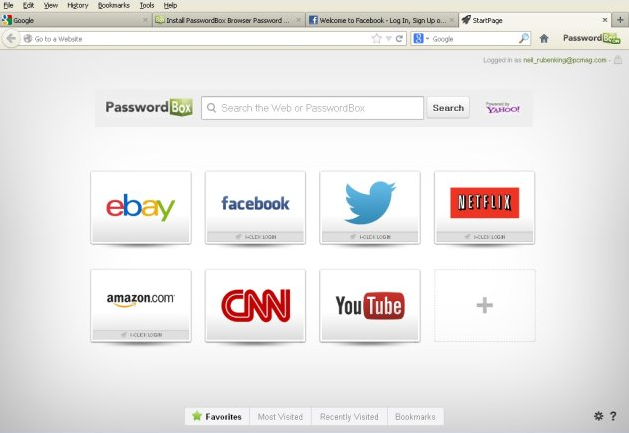 Montreal-based PasswordBox, which calls itself the only password manager with a social twist, provides a web and mobile platform that securely stores passwords to nearly every website a user signs into. The company has seen steady growth over the past couple years by acquiring San Francisco-based Legacy Locker. It was also awarded the the Mobile App Showdown at Consumer Electronics Show (CES) 2014, and claimed the coveted Webby’s 2014 Appy Award for best Privacy and Online Security app.

The next phase involves Intel: it was announced today that the Portland-based chip manufacturer has acquired the Canadian company. The terms of the deal were not disclosed, but Intel notes that all 44 employees will now be part of the Intel Security Group.

“Everyone can relate to password fatigue. The PasswordBox service has already brought relief to millions of consumers who now enjoy simple, instant login,” said Chris Young, senior vice president and general manager of Intel Security Group. “Intel Security and PasswordBox share the same goal of improving digital identity protection across all devices and platforms. We believe we have the technology, expertise and reach to bring simple, secure access to consumers worldwide.”

“PasswordBox has spent the last two years building a product that people love, trust and use around the world every day,” said Daniel Robichaud, CEO and co-founder of PasswordBox. “We share Intel Security’s vision of simple, secure access and identity protection across all platforms and devices. Together, we believe we can offer our customers world-class technology, expertise and support to bring such access anywhere – all backed by Intel.”

Founded in 2012, PasswordBox received funding from OMERS Ventures and has been downloaded 14 million times worldwide. The company noted on its website that “we’re just getting started.”