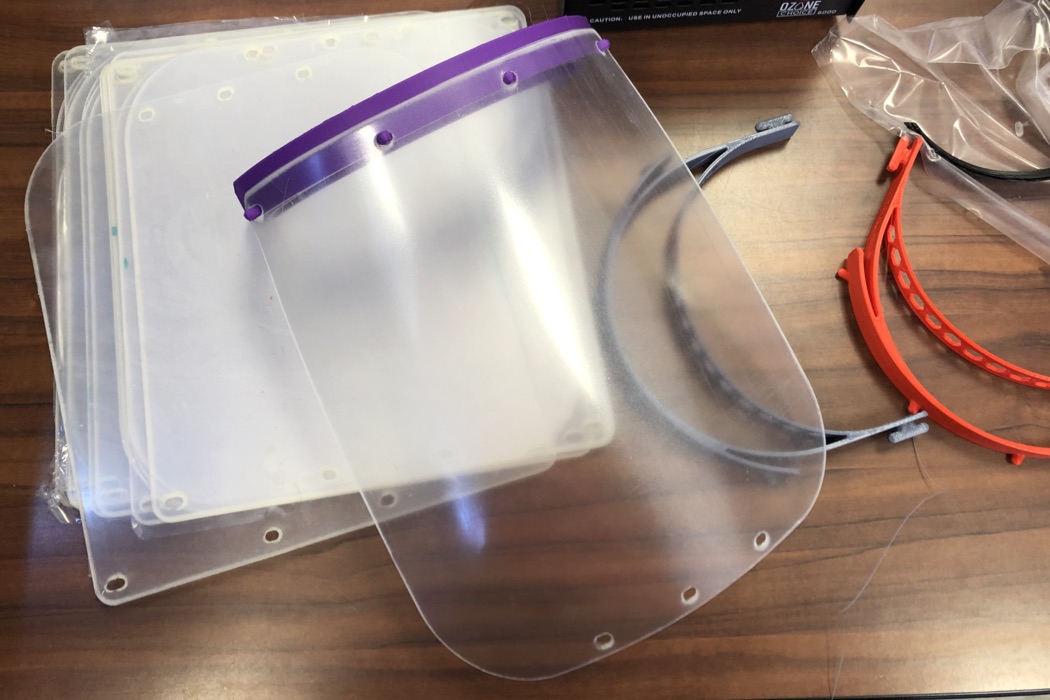 InkSmith, the Kitchener-based tech startup that has been creating personal protective equipment (PPE) for healthcare workers, has launched a brand new company to address the equipment shortage.

“Using InkSmith’s existing tools and infrastructure, we realized we were in a position to help.”

The company announced the move earlier this week, introducing its new company, The Canadian Shield by InkSmith, which will focus solely on the production and distribution of face shields. The InkSmith team has now shifted its efforts from educational technology to protective face shields.

“Over the past few weeks, we have been extremely concerned about the critical shortage of medical equipment that our frontline healthcare workers are facing during this unprecedented global pandemic,” said Jeremy Hedges, founder and CEO of InkSmith and The Canadian Shield. “Using InkSmith’s existing tools and infrastructure, we realized we were in a position to help.”

The company called the face shields it was producing the Community Shield and the Canadian Shield. The equipment is intended for single-day, single-person use.

The new Canadian Shield company reportedly has the capacity to produce 50,000 face shields per day. To achieve this, Canadian Shield has opened a new facility in Kitchener. On Tuesday, Hedges shared to Twitter they are opening a 50,000 square foot factory to produce the shields, though the company’s press release noted a 10,000 square foot facility. The factory is equipped with state-of-the-art 3D printing and laser-cutting technology.

BIG milestone! We’re opening a 50,000sqft factory to begin producing hundreds of thousands of #TheCanadianShield every day to protect our frontline healthcare workers. Huge thanks to @JWKlugman and Whitney & Co for making this come together so fast!! #COVID19 #canpoli #onpoli pic.twitter.com/nmCbRVCwhG

Canadian Shield noted that once it is able to supply enough shields to meet the needs of Ontario healthcare workers it will shift its focus to address the critical shortage of medical equipment across the country. It also plans to provide face shields to hospitals in the United States once it receives approval from the Food and Drug Administration (FDA).

Protective medical equipment is in high demand as countries around the world continue to fight COVID-19. Quebec and Ontario have both expressed concerns about running out of equipment in the short term. The crisis has even led to President Donald Trump’s administration calling for medical face masks producer 3M to stop distribution to Canada and Latin America, though that has since been resolved.

To keep up with demand, InkSmith’s new company has hired 60 employees, all of which, according to the company, were recently laid off as a result of COVID-19. InkSmith also plans to hire hundreds of additional workers in the next few weeks for Canadian Shield.

“This is more than just a short-lived enterprise to combat the spread of COVID-19,” assured Hedges. “We are making a long-term commitment to bringing Canadian manufacturing back to the Kitchener-Waterloo region and our hope is that we can help as many people as we can along the way.”

Canadian Shield also provided detail on its new product, noting that the first iteration, was a 3D printed version designed by Czech Republic firm Prusa3D. It included a 3D-printed headband and reinforcement piece, a clear protective face shield, and an adjustable head strap. In order to mass-produce these shields, the company has switched to its own laser-cut design (the Canadian Shield) eliminating the need for 3D-printed parts, which the company called time-consuming to produce. The laser-cut shields can be washed and sanitized, reducing, the company said, the overall cost on the healthcare system.