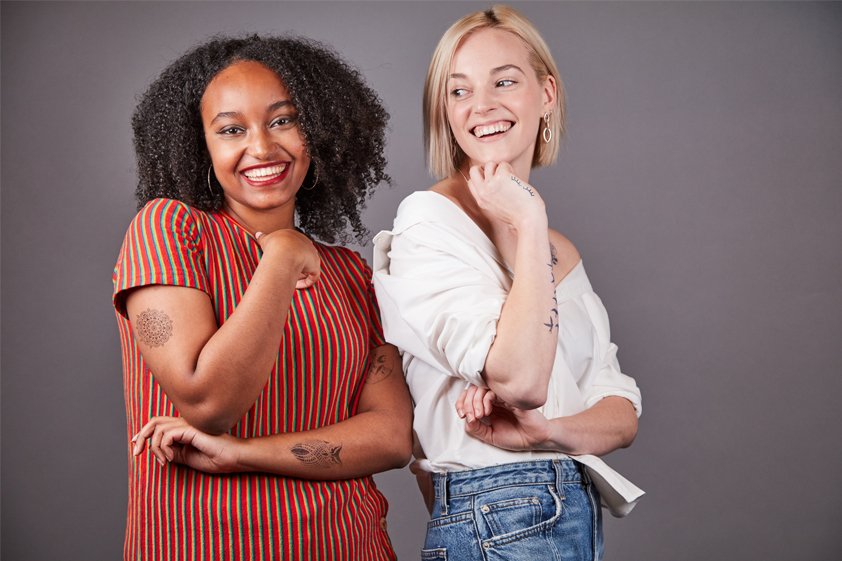 Founders Fund, Cassius, Golden Ventures, KDWC Capital, Flight Ventures and Novel TMT also participated in the round, whiole Silicon Valley Bank contributed $4 million CAD in venture debt. The company plans to use the funding to expand its artist marketplace, invest in research and development of longer-lasting tattoos and colours, and scale its operations through strategic hires.

“Tattoos are identity goods—they speak to a consumer’s perceived identity. With a marketplace, we can leverage artists to create designs for the long-tail of consumer identity, and drive network effects in the process,” CEO Tyler Handley said about the importance of the artist marketplace.

“It’s only in the past decade that the industry has become mainstream. We started inkbox because we felt tattoo enthusiasts were underserved by the current technologies available, and we saw a desire among consumers for a product that could evolve with them,” Handley said. “Ultimately, our goal is to help people make good tattoo decisions; whether that’s using inkbox to express themselves through semi-permanent body art exclusively, or to test out ideas for a lifelong piece.”

inkbox last publicly announced a round of funding in 2016, when it raised $1 million from Survivor host Jeff Probst and KGC Capital. The company has since expanded from offering pre-made tattoos to customized tattoos and colour ink, and sold 450,000 tattoos to customers in over 150 countries. It currently has a team of 60.

“I was initially drawn to inkbox because of the company’s unique products, but we ultimately chose to invest because of its mission and vision,” said Anarghya Vardhana, principal at Maveron. “The team at inkbox is dedicated to removing the barriers to getting a tattoo, including health or religious limitations, and expanding an industry that’s been largely untouched for decades.”

To date, inkbox has raised $21 million CAD, including an unannounced seed-plus round of $2 million led by Golden Ventures.

The company has also released collections with brands like Vans Warped Tour and the SickKids Foundation. Its Freehand Ink has also been used in TV shows and movies like Netflix’s Stranger Things and The Greatest Showman.

The Government of Ontario is committing $100 million, $40 million of which is new, towards a new fund of funds focused on supporting high-potential…