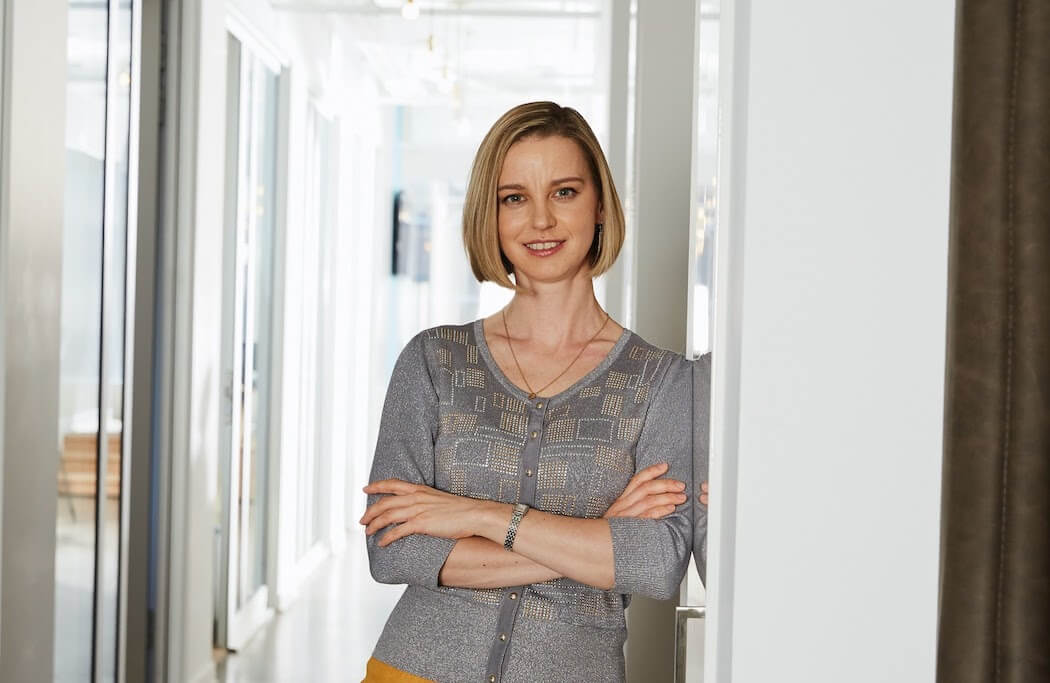 Podbelskaya, who previously served as a growth investor at Georgian Partners for over five years, brings 20 years of experience in software, operations, venture capital, and management consulting to Information VP. She told BetaKit she joined the firm because she wanted to focus on early-stage software investing.

“I strongly believe that the chosen focus area of the fund—financial services software and FinTech—positions it well to generate superior returns.”

“Having partnered with world-class entrepreneurs as a growth equity investor, I am keen to bring my perspective to early-stage investing and support founders in their journey growing successful businesses,” said Podbelskaya. In her new role, Podbelskaya will be tasked with sourcing and executing new investments, while also providing support to the firm’s portfolio companies as they look to scale.

Founded in 2014, Information VP focuses on early-stage business-to-business (B2B) FinTech and enterprise software-as-a-service (SaaS) startups. The firm stated that “as fintech funding has experienced a strong uptick in demand over the last year,” Information VP has prioritized investing in and expanding its team. Podbelskaya’s appointment follows three other new hires: Hasan Basrai as an associate, Sara Defina as director of finance, and Peter Carrescia as a venture partner. The firm also recently promoted Alex Tong from associate to principal.

One of Information VP’s most successful FinTech deals to date was its investment in St. John’s, NB-based financial crime management company Verafin, for which it won the 2020 Canadian Venture and Private Equity Association (CVCA) Award for venture capital deal of the year. Verafin was recently acquired by Nasdaq for $2.75 billion USD.

During COVID-19, FinTech has helped expand access to financial services across the world, according to a December study by the World Bank, the University of Cambridge, and the World Economic Forum. The study identified strong market growth in all types of digital financial services except for lending. However, the study also found that over half of FinTech firms have faced funding challenges due to the pandemic, and possess mixed views on the prospect of future fundraising.

The increased demand for funding among FinTech startups was borne out by last month’s funding data, according to PitchBook data. During the first two weeks of 2021, FinTech startups worldwide closed 10 funding rounds worth $100 million USD or more, compared to three during the same period last year. Robert Le, an emerging tech analyst at PitchBook, found that as consumer FinTech has grown increasingly crowded, newer FinTech startups have been targeting B2B and enterprise applications—Information VP’s area of focus.

“I strongly believe that the chosen focus area of the fund—financial services software and FinTech—positions it well to generate superior returns, since the rate of technological innovation in the financial industry has been accelerating rapidly in the last decade post-financial crisis, and has only increased further in the pandemic,” said Podbelskaya.

Podbelskaya, who began writing code when she was 10, said she’s always been passionate about software. After earning her masters in applied mathematics and computer science from Moscow State University, she began her career as a software engineer. After getting an MBA from the University of Toronto’s Rotman School of Management, Podbelskaya worked for management consulting firm Bain & Company, but her interests remained in the software world, and in 2015, she joined Georgian Partners as a venture investor, as the firm was closing its second fund.

At Georgian, Podbelskaya helped design the fund’s portfolio acceleration program, closed a number of investments, and led a variety of post-investment projects. Six years later, as Georgian continued to raise larger funds and shifted its operating model from traditional venture fund to FinTech, she decided to join Information VP.

“I wanted to focus on early-stage software investing, and I felt that Information Venture Partners’ team would be ideal to learn from and work alongside with,” said Podbelskaya.

For Podbelskaya, the move to Information VP marks a transition from growth-stage investing to early-stage investing, which she said comes with some challenges as well as some advantages.

“Growth-stage investing is easier because target companies can usually demonstrate strength of their performance through financial and customer metrics. SaaS benchmarks are widely available and make it possible to compare performance of one chosen company to the top quartile of similar organizations.”

At the same time, she called growth-stage investing more competitive than early-stage investing given that fewer companies reach growth-stage, noting those that do so successfully attract a high number of potential investors fighting to get into the deal and command very high valuations.

Forecasting the Future of Check-Ins with Forecast 2.0

Future-tense social sharing app Forecast is launching version 2.0 of its app today in an effort to reverse a trend of slowing growth. The…