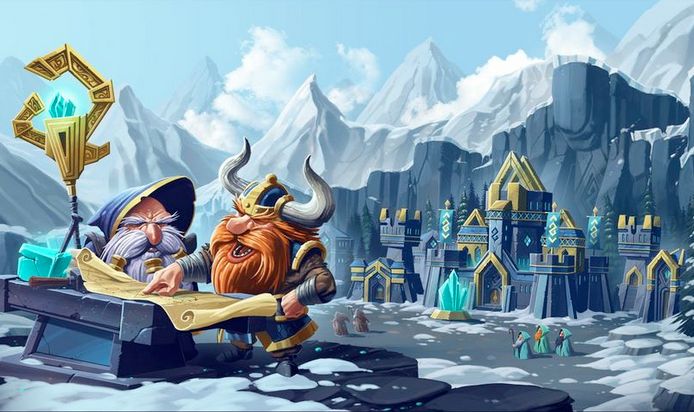 After a positive mobile game launch at last weekend’s PAX East 2014 conference in Boston, TinyMob Games is back at work in Victoria.

The venture-funded team of industry veterans from the likes of Electronic Arts, Zynga and Microsoft Studios were at PAX East to release Tiny Realms, a new fantasy real-time strategy game for iPad and iPhone. In it, players build and govern a fantasy realm, assembling armies and waging war against opposing factions.

It’s all part of a now established trend of real-time strategy (RTS) games for mobile, where a huge number of regular and first-time gamers are playing and getting engaged. Companies like Finland’s Supercell have brought incredibly popular mobile strategy games to the public like Clash of Clans, a top five download in the App Store since December 2012. That game was reportedly earning $2.4 million per day in the first half of 2013.

But TinyMob Games CEO Alex Mendelev said his team has set themselves an “incredibly high bar” for a compelling RPS experience on mobile.

In fact, One of Mendelev’s two cofounders previously founded Backstage Games, one of the first companies to integrate with the Facebook API and create a free-to-play game. “Well before the term was coined. At that time it was called ‘virtual economies’,” he said. Eventually they shifted to mobile after witnessing to powerful potential for mass users, particularly first-time gamers. “That said there were games that we the founders grew up playing, like RTS games on PC, like Warcraft, Starcraft, Command and Conquer, and we thought there isn’t really a compelling RTS experience on mobile today.”

Backstage Games was built up from 18-60 employees and was acquired by RealNetworks in 2010.

Now with TinyMob Games, the cofounders each came into the development of Tiny Realms with some serious experience. Together they’ve worked on the original X-Com series, Roller Coaster Tycoon, FIFA and numerous indie projects.

Tiny Realms gives the gamer more control than most strategy games, something Mendelev was intent on doing. It features deeper gameplay in the style of classic, real-time strategy games for iPad and iPhone, while gamers have direct control of troops and the ability to combine and mix units into Warbands for ultimate tactical planning. It pushes the boundaries of mobile technology, where player actions will affect the way the game develops over time.

If a player is truly a better gamer than their opponent, they’ll likely win. Games like Clash of Clans did an “incredible job” of carving out the genre of mobile RTS, but “people feel that if your skills are better, you should have a very strong advantage in the game in the sense that your results will be better than your opponents. And so we think that’s really where the fun in this style of game is, and that’s what we’re going for.”

“We got a ton of input into things we were doing well and that we’ll integrate into the first version of the game,” Mendelev told BetaKit. “It was very clear that there was a tremendous amount of passion around the types of games we were making and I think we’ll deliver a product that they’re going to be very excited about playing.”

On the game’s gameplay itself, the CEO said at PAX “you could see people’s eyes light up when they got into battle. We really want your heart to beat really fast as you get into that timeline.”

Montreal-based Payment Rails has an API for a global payment platform, allowing businesses and platforms to send global payments to over 220 countries in…